Earning Financial Freedom: Faculty member discusses tips on how to save money in, after college

Finance faculty John Gawryk spoke was the bearer of bad news regarding the financial future of the Central Michigan University students gathered together at his presentation that was part of the "Journey to Financial Wellness" conference in mid-April.

Michigan prepares to vote in the 2020 presidential primaries 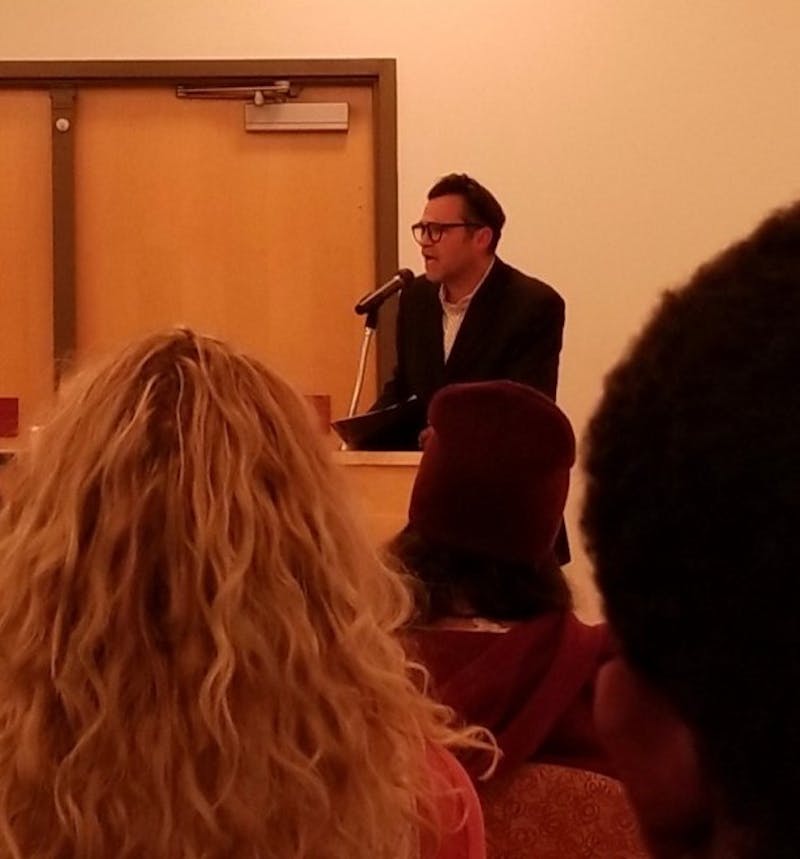 “College is no longer a ticket to the middle class,” Gawryk said. “It’s a supply and demand issue.”

College degrees don’t have the same type of value as they did years ago, he explained, because so many people are going to college compared to previous years. Previously, having a bachelor's degree helped job candidates get noticed. Now a job applicant who doesn't have a university degree is the exception.

That doesn't mean that investing in your future is a mistake, however. According to data from the U.S. Bureau of Labor Statistics, continuing education after high school makes sense in terms of earning potential. Median weekly earnings in 2017 for workers who earned doctoral and professional degrees were at least triple those workers with less than a high school diploma. Workers who have earned a bachelor’s degree earned more than the $907 median weekly earnings for all workers.

How much money new graduates have coming in and how much money is going out will greatly determine how Chippewas need to adjust their post-commencement budgets.

With commencement looming, Central Michigan Life sat down with Gawryk so he could share some advice to help students and graduates overcome student loan debt and achieve financial freedom sooner than they think they can.

What to do while in college

Trying to make a budget in college can be difficult because many students’ income and expenses are very different from when they will graduate. Often students make very little and spend a lot on tuition, food and rent.

“It’s the complete opposite flip (than when you graduate),” Gawryk said. “It’s a cash flow out and not a very heavy cash flow in.”

Plymouth sophomore Kristen Bechtel wanted to get some financial advice so she can a head-start on her adjusting her finances after college.

“I just need to understand finances,” Bechtel said. “A lot of people don’t think that it is important because we are so young, but I feel like that’s how you can be successful.”

Having a budget in college can still be a good way to practice keeping track of income, expenses and self-discipline when spending after you graduate.

When it comes to loans, the best things current Chippewas can do is avoid them entirely and pay with cash. However, Gawryk said he realizes this is not feasible for most students. For everyone who needs to take out loans, the important number students should track is how much they owe, and not how much they borrow.

“Students don’t fully understand what they’re getting into when they borrow money to go to school,” he said. “They talk about what they borrowed, not what they actually owe.”

For example, Gawryk said he has seen students who borrowed $50,000 to go to school not think about how much they actually owe. Those students will be thinking about the $50,000 they borrowed instead of the fact that they may now owe closer to $60,000 because of interest.

That means having a plan to payback those loans early will actually save you money. One of the most common mistakes Gawryk sees is students who pay their minimum required loan payments every month. Taking more time to payoff your loans will add interest to your loan and ultimately cost you more.

Paying the minimum rate means borrowers will be making payments on the loan for a much longer time than if they paid more than the minimum. The longer borrowers are paying for a loan, the more interest they will accrue.

Student loans are amortized. This means that when borrowers start paying them back much of their money will go towards paying interest instead of the principal of the loan, or what they actually borrowed and owe.

The key to avoid accruing large amount of interest is simple, Gawryk said. If students owe the bank $300 at the end of the month, they should (if possible) pay an additional $200 to $300 at the beginning of the month.

On the additional payment, write “pay to principal,” Gawryk said. This will ensure that the extra payment is used to pay the principal of the loan and not the interest. By reducing the amount of principal owed on the loan, students will be compounding less and less interest on the loan.

The first priority for students after graduation should be paying off their student loan debt using the two-payment system.

“You have to pay more than the minimum or you won’t (pay off your debt),” he said.

This two-payment system will work to eliminate any kind of amortized loan, Gawryk said. This means it can also be used to pay off student loans, credit card debt, mortgages and car payments.

Is it possible to overcome massive debt?

Even if a student’s financial situation seems nearly hopeless, Gawryk almost everyone can overcome significant debt. Students who are in debt will have to practice a decrease in consumption. This could mean:

• Consider taking on a second job.

Some haven't secured a job after college. To them debt seems overwhelming because they do not yet have a plan to pay back the debt and don't have a significant amount of money coming in.

After students graduate, they can start planning their finances more realistically  because they will have more time to work a better, higher paying job than they might have had in college. Graduates need to make sure they aren’t spending money they don’t have first, Gawryk said. Students should avoid racking up credit card debt if they don’t have cash.

“(Credit cards) should be used for an emergency,” he said. “Going to Applebee’s is not an emergency.”

When it comes to creating a budget, graduates should prioritize fixed costs: costs that are the same amount of money every month like rent, car payments and student loan payments.

Once those fixed costs are accounted for, graduates should start looking toward their financial future. When employers offer a match on a 401k contribution it means they will contribute toward their employee's retirement up to a defined limit. In order to get the most bang for their buck, graduates should aim to reach that employer match limit.

While it may be tempting to start saving later, and treating yourself today, it’s better to start funding your retirement plan sooner rather than later.

“The sooner you start saving, the less risk you’ll have to take on and you can invest at a lower risk,” Gawryk said.

Investing those retirement dollars by using a lower risk strategy is a much “safer” way to plan for the future. While your investment may not compound a
lot of interest quickly, there is also a much lower chance of your money losing value.

Before investing, Gawryk said his personal rule of thumb is to put around $5,000 in the bank. Money in the bank is liquid – that means it can be taken out for emergencies with no penalties or delays. That is not the case with brokerage accounts or a 401k.

Once that money is in the bank, Gawryk said his personal advice is that graduates should invest in mutual funds through a brokerage account. With a budget, loans paid off, money in the bank and investments graduates can achieve financial stability and freedom. Do the work now, he advises, and you can treat yourself later.

Even if students can’t achieve those goals right away, they should still do their best to get out of debt.

“Your number one priority, in my humble opinion, is to pay those student loans,” Gawryk said. “Because you can’t save what you don’t have.”