Keene: 'I haven't made a decision yet'

The junior guard has denied reports he is declaring for the NBA Draft, decision hasn't been made 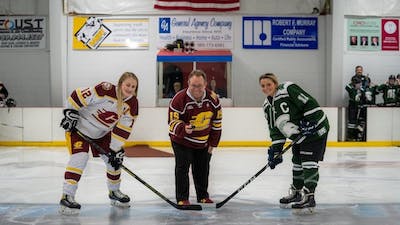 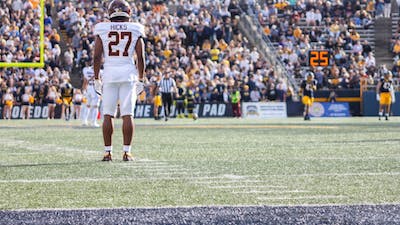 Marcus Keene has not declared for the 2017 NBA Draft — at least not yet.

The Central Michigan junior guard posted to his Instagram account on Wednesday he has not made a decision whether he would declare for the draft or return for his senior year.

The Associated Press reported Tuesday the Central Michigan redshirt junior guard was declaring for the draft — foregoing his final year of eligibility.

In the AP's report, the person who released the information did so on the condition of anonymity because CMU had yet to make an announcement.

However, the CMU Athletics Department said it was unaware of Keene's expected departure and no announcement was scheduled.

Keene went to social media to clear the air.

“I want to thank everyone for the well wishes but I haven't made a decision as of yet,” Keene wrote in his Instagram post. “I will be visiting my parents in April and we will discuss all my options and then an announcement will be made on my future.”

Keene transferred to CMU last season from Youngstown State where he sat out the 2015-16 season because of NCAA transfer rules.

In his first season on the court for the Chippewas, Keene led the nation in scoring, averaging 30 points per game.

The San Antonio, Texas native, finished the season with seven 40-point games and a 50-point performance against Miami (OH) on Jan. 21.

The 5-foot-9 star broke the CMU and Mid-American Conference records for points in a single season with 959. He was selected to the All-MAC First Team and was runner-up for MAC Player of the Year to Akron’s Isaiah Johnson.

Following CMU's 116-106 loss to Kent State in the first round of the MAC Tournament on March 6, CMU head coach Keno Davis hinted Keene would be taking his talents to the next level.

“We’re not going to be able to replace the scoring of (Braylon) Rayson and Keene, and our team is going to look a lot different next year," Davis said after the game. "That doesn’t mean we can’t look better, but we’re going to look different. At times, we are going to miss the scoring output of those guys and they were definitely electric to watch."

The NBA Combine, which is an invitation-only event where players are scouted and receive feedback on their draft stock, will be held May 9-14. On-court evaluations will be May 11 and 12.

During the combine, players are evaluated by NBA scouts and are given advice on where they will be drafted, or if they should return to college.

Players who declare for the NBA draft and don't sign with an agent have 10 days after the combine to remove their name from draft consideration and return to school. This means Keene could still return for his senior season if he decides his draft stock isn't high enough.

According to a report from hustlebelt.com, Keene is unlikely to be drafted.

In the report, the website spoke with NBA Draft analyst Matt Harvey, who writes for NBADraft.net. Harvey said Keene will have a better chance of making a summer league or Development League roster due to the amount of top point guards entering the draft and his small stature.

"We project nine point guards (to be drafted) and he's not projected to be drafted by us," Harvey said. "Another reason, he is very undersized. DoI think he's going to get drafted? No. Should he definitely get consideration to be on a summer league team or D-League team? Absolutely. No doubt about it."

The NBA draft will be held June 22. The location of the draft has not been released.