McKinnie-Harper, 19, was supposed to appear for a preliminary hearing at 1 p.m. March 5 in front of Circuit Court Judge Sara Spencer-Noggle.

The cornerback for the football team is charged with using student accounts to purchase iPhones. 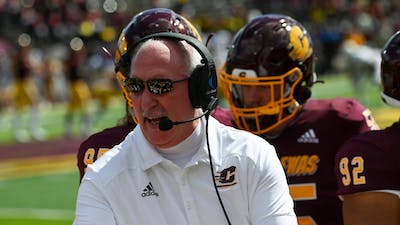 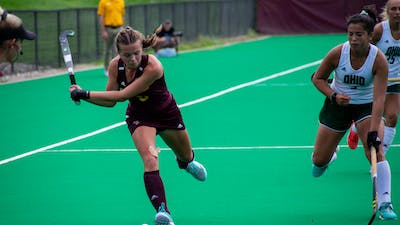 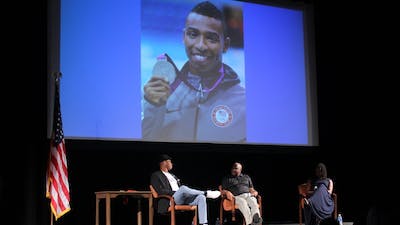 By Zipporah Abarca | 15 hours ago

He is believed to have shipped the phones to two addresses, four miles away from each other, in Detroit – the city where McKinnie-Harper lived while attending Cass Technical High School as a student-athlete, according to court records. One address was his home residence.

A warrant for his arrest was issued on Feb. 13.

McKinnie-Harper was reached but declined to comment. He told Central Michigan Life that he remains enrolled in classes at CMU and on scholarship.

The four students were contacted by police after law enforcement was notified of the purchased iPhones. All of them told CMUPD officer Ryan Root they did not make those purchases and did not grant anyone permission to do so, according to the court records.

One of the students said McKinnie-Harper used her computer for a project. She was logged in on her student account during the time he was using her device, according to court records.

One alleged victim is another student athlete, according to court records.

Police seized McKinnie-Harper's phone and downloaded its contents with an authorized search warrant. They found text messages from his phone asking people to make calls to CONNECT CMU to check on the order status of iPhones.

Police also identified a text message conversation where McKinnie-Harper told someone that he used four student accounts to order phones.

McKinnie-Harper denied all allegations of purchasing iPhones and having them sent to two addresses in Detroit. However, he told police that he got a message explaining he could make money if he stole student account login information, according to court records.

McKinnie-Harper was suspended indefinitely Feb. 14 by head coach Jim McElwain. As a true freshman in the 2019 season, he totaled 25 tackles, 10 pass breakups and two forced fumbles. He did not travel with the team for the New Mexico Bowl.

He played in 11 games last season, starting nine of them, despite stepping on the field even after police began looking into his online activities Oct. 27, one day following CMU's contest against Buffalo. He played the final three games of the regular season and in the Dec. 7 Mid-American Conference championship game at Ford Field.

The reason for McKinnie-Harper waiving his preliminary examination is unknown, but it will now take place at a later date. His probably cause conference was Feb. 27.

According to the CMU student-athlete handbook, "students arrested for misdemeanors or felonies will be suspended from practice and play pending a prompt investigation to determine whether the suspension should be continued or lifted. Any student-athlete arrested is required to report the arrest to his/her coach immediately. All misdemeanor or felony arrests will be reported to the Office of Student Life. Any violation of the Athletics Department standards, or any action that is considered detrimental to the team, department or university, including any criminal charges, is subject to disciplinary action, which includes but is not limited to: dismissal from the University, suspension, non-renewal of an athletics grant-in-aid, or removal from team; the severity of which will depend on the violation, mitigating circumstances and jurisdiction."

Follow CM Life for further information as it becomes available.

By Patrick Bouman | 14 hours ago

By Zach Kortge | 9 hours ago