Healy was an asset to the Chippewas on both ends of the court in his only year with the program. The guard averaged 11.7 points per game, 2.4 rebounds and 1.4 assists. Healy appeared in 28 games and made 21 starts.

CMU football focused on 'winning the now' as 2022 season begins

Defensive line depth shaping up to be strength in CMU's defense

Before arriving here at CMU Healy spent three years at UAlbany where he redshirted his first year. In his second year he was a three-time American East rookie of the week honoree and averaged 16 points a game. He ranked No. 1 in free throw percentage in the American East and fifth in the NCAA in his time at UAlbany.

Wade appeared in 10 games in his first season here at CMU. During his short time with the Chippewas, Wade recorded three points, three assists and six rebounds.

Before his time at CMU the guard spent two years at Holy Cross where he played in all 16 games and made six starts. He averaged 5.9 points and 2.4 rebounds per game. He ranked second on the team in 3-pointers. 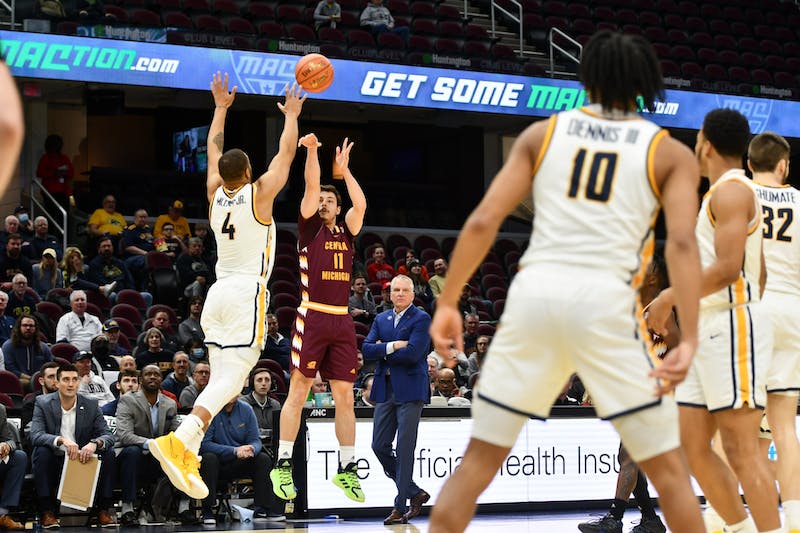