Jazz Weekend brings in attendees from across Michigan

Auditoriums at Central Michigan University were packed this weekend, as jazzy riffs and tunes from various musicians stretched across campus.

The music-filled weekend kicked off on Thursday, with a concert from the CMU Faculty Jazz Band at Staples Family Concert Hall. The CMU student jazz quintet, Central Nebula, opened the show at 7 p.m.

Each faculty member played a feature solo, which received roaring applause and whistles from the audience.

Rob Smith, associate professor of jazz-music and trumpet player in the faculty band, teased the audience throughout the show — hinting that the international drummer, Allen, may stop by for a song or two.

Allen was not supposed to perform until Friday.

“Carl Allen is a master of many things,” Smith announced to the audience, before Allen’s surprise appearance.

The percussionist then entered the stage to perform the last song of the night with the faculty. His smile never left his face.

High school jazz ensembles from across Michigan performed throughout Friday, competing in front of a panel of judges.

“It’s been a great performance,” said Lisa Mcgreen, parent of an Oxford high school band student. “I mean, the kids have been having a good time and that’s really what it’s all about.”

Isaiah March, a trombonist in the West Michigan Homeschool Band said he enjoyed the “loose” nature of the music.

Throughout the weekend, musicians who weren’t performing supported their classmates, and cheered them on from the crowd — a gesture reciprocated during their own performances that weekend.

Leading up to the final performance, some CMU student groups also played in Plachta Auditorium on Friday, and others in the Bovee University Center.

Jazz Bones, directed by Dewitt graduate assistant Rob Killips, performed at 3 p.m. in Plachta, followed by Jazz Central at 4 p.m. A little after 5 p.m., Jazz Lab 1 performed before the high school award ceremony, and continued to play in between award announcements.

As time went on the auditorium filled until the musicians were playing for a full house. When Allen's set began at 8 p.m. energy was at its peak, as viewers clapped and snapped along with the music.

Smith introduced Allen at the weekend's final performance, who kicked off the show with an energized drum solo. The CMU Faculty Band then joined with accompanied jams.

Allen spoke to the audience either before or after performing songs he composed himself — explaining why he wrote the particular song and what it meant personally to him.

After a couple songs, Jazz Lab 1 also took to the stage to play with Allen.

The audience comprised many high school students, parents and directors. Even after a long day of competitive performances, some still bobbed their heads along to the music. 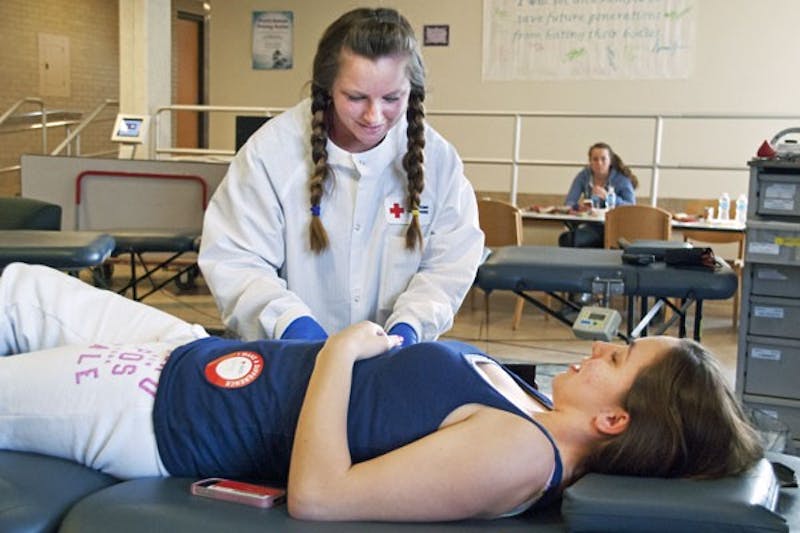 By Alexis Seeley | 6 minutes ago