The coin toss was the only aspect of the game Central Michigan won against one of the nation's best.

Along with a 61-0 loss to No. 17 Wisconsin at Camp Randall Stadium Saturday in Madison, Wisconsin, the Chippewas used three quarterbacks and could be without one moving forward.

Graduate transfer Quinten Dormady took the field for the first drive of the game, where he threw a pair of completions and incompletions. 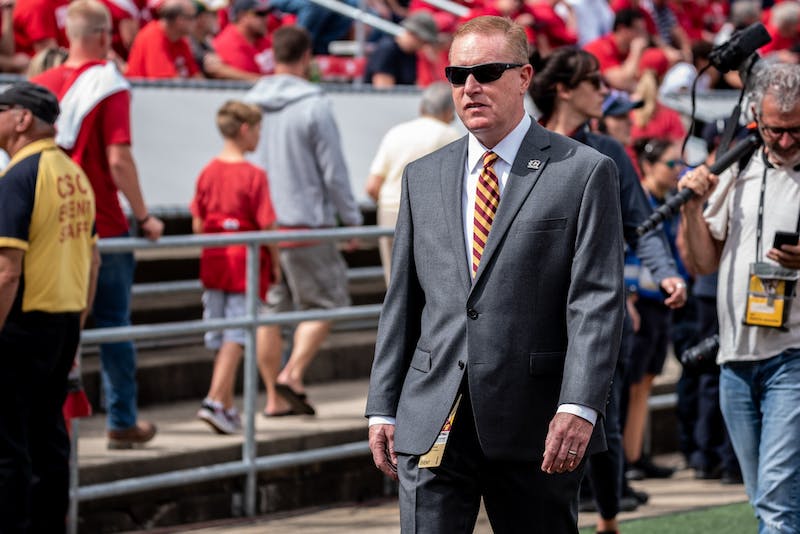 By Austin Chastain | 11 hours ago 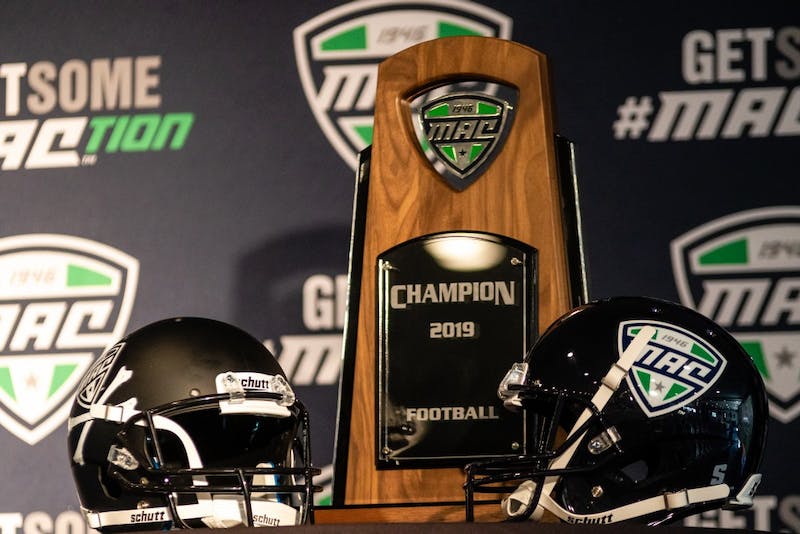 The way it ended, however, was concerning.

Dormady was sacked on third down for a loss of 7 yards back to the CMU 33-yard line by outside linebacker Zack Baun. He limped off the field.

Three drives later, Dormady was intercepted by inside linebacker Jack Sanborn at the Wisconsin 34-yard line, and he returned the ball 39 yards.

Jim McElwain, in just his second game as coach of the Chippewas, had an explanation for Dormady's error.

"He wasn't able to put his foot in the ground and drive the ball, so there was no reason to keep him in there," McElwain said.

The reasoning behind the explanation has everything to do with Baun's sack just over two minutes into the game.

Dormady tweaked his knee. Once he threw the off-balance interception, McElwain knew it was time to pull the plug. The former Tennessee starter finished 5-of-12 for 36 yards.

A timetable for Dormady's return was not immediately given, but there were "some guys" injured, McElwain said.

One of those players was defensive end Amir Siddiq. He was taken to the locker room on a cart with a towel over his head and right shoe removed.

"That's part of the game," McElwain said. "Next man up. Whoever's the next guy has to play great."

Backup quarterback David Moore, an NCJAA transfer, entered three minutes into the second quarter and went 3-of-11 for 1 yard passing. He also had one rush for a loss of three yards.

McElwain said Moore's performance was "fine," even though he had a 27 percent completion rate and 1 yard of CMU's 58 total against the Badgers.

"Obviously, the statistics show we didn't do anything, but it is what it is," McElwain said.

Third-string quarterback Tommy Lazzaro, the starter for a majority of the 2018 season, got reps with 3:21 remaining in the third quarter.

The plan for Lazzaro, McElwain said, was to help fuel the run game. Turns out, he ended up leading the rushing attack with four carries for 11 yards. The next highest yard total was true freshman Lew Nichols – one carry for 9 yards.

Lazzaro completed his only pass for 6 yards, making him the most accurate Chippewa quarterback Saturday night.

While McElwain used three quarterbacks and five running backs, he said CMU didn't throw the towel in, not even when losing 61-0 toward the end of the contest.

"The guys that went in deserved it," McElwain said. "They practice hard.

"You'll notice on our travel squad, we don't even take the whole number you can. I'm not into bringing steak eaters. We've got guys that deserve to play, so we're going to play them. That's the way it's going to be."

McElwain considered the entire game a "failure" for Central but also noted it as a learning experience.

"I know they're disappointed in how they performed, but that's OK," the first-year coach said. "Sometimes you have to put yourself out there, and you learn a lot."

CMU returns to Kelly/Shorts Stadium in Mount Pleasant for a 3 p.m. Sept. 14 game against Akron for the Mid-American Conference opener.

"We'll put a good, solid plan together," McElwain said. "We'll see who we have healthy."

The Chippewas opened as a 7-point favorite.

By Courtney Pedersen | 13 hours ago