Makeup Geeks guides CMU students through the world of cosmetics

Indianapolis senior Amanda Broadus followed along with the video tutorial and applied small amounts of different shades of makeup on her arm, comparing the product to the tone of her skin. 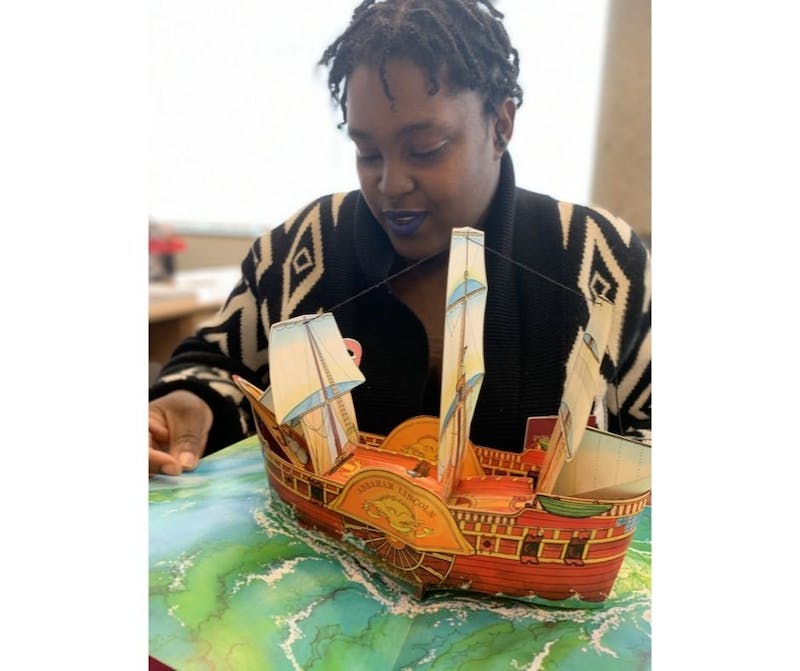 It was 2012, and she was still a beginner to cosmetics, so she learned what she could from the Internet – the only place with a community of people just as interested in cosmetics as she was.

As a freshman, Broadus wanted to find her place at Central Michigan University. She searched up and down for any club, registered student organization (RSO) or group of people who shared her interests, but she never found a club that she fit in with.

With nowhere else to turn, she made a place for herself, and founded her own RSO.

In October 2017, she began the long journey to create Makeup Geeks, an RSO specifically for people who want to learn, teach and discuss how to use makeup.

Her passion for makeup also led her to working in the beauty section of Target after starting college, where she regularly assists customers with finding the products that are best for them.

Considering how much experience she has accumulated over the years learning from YouTube tutorials, working in a beauty department and from personal experience, it only made sense Broadus wanted to share what she’s learned with others.

“I’ve always been into teaching makeup,” said Broadus, who leads the group in lessons. “At the end of meetings I always ask and make sure everyone’s learned something.”

Broadus sits with the group of makeup geeks, some just as experienced as her, and others still beginners. As she talks about how to best find the shade that fits your skin tone, Broadus gives a live tutorial, applying small amounts of the products on her arm to demonstrate, as the group follows along.

It was a long, difficult process before her vision of the group became a reality. Not having any people to join her group, Broadus started by talking to everyone she saw wearing makeup on campus. She found three girls interested in joining her group, which was enough people to register as an RSO. One of them was Emily McDonald, who helped Broadus to register as an organization, and and became its vice president.

Makeup Geeks holds meetings every Thursday in Moore 114 at 7:00. While an average of ten students come to every meeting, attendance is not required, and new members frequently join. More than forty students have been reached by Makeup Geeks, and the group plans to build its community even more.

“Anyone, whoever you are, come as you are,” Broadus said. The group is is looking for any male or female students with an interest in cosmetics, regardless of experience level.

"We're really just here to learn," Broadus said. "I learn things in the meetings and I'm usually the one who's teaching."

By Makayla Coffee | 18 hours ago