Back in November, alumna Angela Miedema was hired as the new executive director of the Humane Animal Treatment Society. 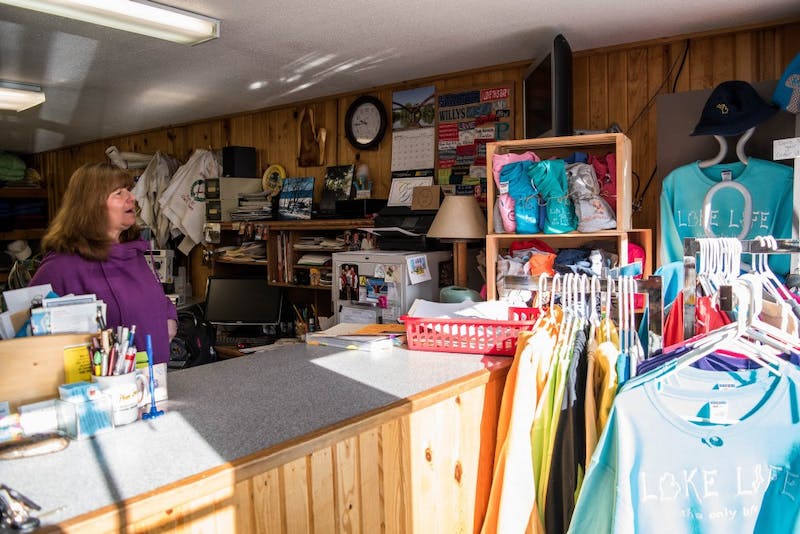 Miedema graduated from Central Michigan University in 2013 with a degree in biology with an emphasis on pre-veterinary medicine. Miedema has worked in animal welfare for over 10 years. After graduating, Miedema worked in veterinary clinics, directed an animal shelter in South Haven, and served as an animal control officer.

HATS is cherished in the community for providing care for homeless animals for over 20 years.

Miedema sat down with Central Michigan Life to discuss her love for animals and provide advice to prospective pet owners.

CM Life: When did you decide to commit your life to caring for animals?

Miedema: The passion for animals started when I was a really, really young kid. I've always owned either a cat or a dog, but the biggest influence was a horse. Our neighbors raised horses and they allowed me to clean the stalls and I got to ride for free.

What was your experience like as a pre-vet student at CMU?

The pre-veterinary program is extremely competitive. A lot of people know it's harder to get into vet school than it is to get into medical school. The workload was definitely similar to a pre-med. There were plenty of opportunities in the university because of Central Paws, as well as the Pre-Veterinary Club. I was actually the president of the Pre-Veterinary Club from 2012-13. That was all very helpful, and I had great advisers too: Dr. Colores and Dr. Alm.

What advice would you give to someone going through the pre-vet program?

Standing out is the most important. Everybody that's applying is booksmart; everybody has a really high GPA. You have to figure out – through internships, volunteering and hands-on experience – ways that you can stand out and what you can bring to the table.

Along the way, I decided to go into the shelter management role. So I saw that pre-veterinary school would be helpful with that but it was while I was at CMU that I worked at HATS as a canine care specialist.

How do you intend to help remedy the stray cat population in Mount Pleasant?

It's absolutely a big deal here, it's one of the first things I heard about when I stepped in here. There were over 140 cats on our waitlist before I started on Nov. 4, now there are zero. Part of that has to do with working with our partner shelters in the Upper Peninsula. Sometimes they can take up to ten cats at a time to help assist us if we provide medical care.

The other part of that is promoting adoption. Most people want to help the problem but they may not understand that you have to adopt a cat to make room for another cat.

There are stray cats that have been owned by people and socialized then there are feral cats. These have been outside their whole lives and considered wild animals – they have not been socialized with people.

We use the trap-neuter-release method on those ferals to control the breeding in a given area. By putting them back in the area, we aren't forcing them to be socialized and it doesn't interfere with their territorial instincts if we bring them into a shelter.

We see a lot of well-intended individuals that may be feeding stray cats, and when they're not spayed and neutered, you're actually creating a breeding ground.

What have you been doing to reform adoption policies?

I heard some feedback that adopting is perceived as difficult. There was a time where you could come in say, "I want that one," pay us ten dollars, and leave with an animal. We're trying to do our animals better by making sure they have the best possible future.

A big part of that is adoption counseling, being open to lots of different homes and just providing resources. That's educating people on humane procedures, the importance of spaying and neutering, and making it all accessible.

We're working on potentially increasing our Saturday hours and increasing adoption counseling hours. We also changed our entire application to be more user-friendly.

What is your advice for a pet-owner who is a college student?

Owning a pet is difficult. It's a big commitment. The best thing you can do is to make sure you have the time to enrich that animal's life.

I have a dog at home, but sometimes I work 60 hours a week or more, so I'm constantly reminding myself I have to give her attention, take her out for a walk and let her play with other dogs.

Another thing for students to consider is what are you going to do after school? What are you going to do on breaks? What's allowed in your apartment? It's stressful on that animal to take it home, then it doesn't work out and you have to bring it back. If you have multiple roommates that are invested in the animal, organize shifts to make sure the animal gets exercise and attention.

I remember when I was in the pre-vet program I knew I wouldn't be able to take care of an animal full-time. So instead, I choose to foster.

Fostering is a great temporary option to have an animal. We mostly do it with cats, but any animal that has had recent medical attention or otherwise isn't adapting well to shelter life can have a temporary home until they are adopted.