Overcoming a slow start to the season, injuries and a Mid-American Conference Championship loss at the hands of their rivals, the Central Michigan University gymnastics team never gave up.

The Chippewas failed to win the MAC title for the first time since 2011, falling short by the smallest margins of defeat possible: 0.1.

Head Coach Jerry Reighard had a veteran team on his hands for the first time in many seasons.

Reighard’s previous season featured only two senior gymnasts, both of whom broke multiple records in their final seasons.

CMU won the MAC regular season title for the first time since 2012, ending the six seniors on the team’s careers the way they started them.

The ‘Super Six’, as they became known, lead the Chippewas and their “sisters” through a regular season championship season.

Almost every 2015 senior finds herself in the Chippewas’ record book for individual scores ranking in the Top 10 in program history.

The group put up a team score in eighth place all-time, ninth for vault team score and knocked off several teams in the NCAA Top 25 in the process.

The 2015 campaign was full of surprises. Some were not so pleasant.

Senior Taylor Noonan, a national qualifier and MAC Champion suffered a dislocated kneecap in the early stages of the season. Out for eight-weeks, Noonan scored a 9.9 in every event during the week she returned to the regular season, and again during the MAC Championships.

Compared to the 2014 MAC Champions

On season averages, the maroon and gold were 3 percent less effective on scoring. The average scores fell below the 2014 campaign in vault, beam, floor and team score.

In high scores, the 2014 team scored better in four of five categories.

Both teams bowed out of the NCAA Regional Tournament in third place and both drew the toughest competitions possible, competing against No. 6 and No. 7 in the nation, respectively.

The difference in the 2015 season was the beam inconsistency. Reighard explained his teams beam routines as “complex.”

“I can tell you for sure that the difficulty of our balance beam routines compared to anyone in our conference or anyone ranked near us. It’s not even close,” Reighard said. “That’s why we took three people to NCAA Nationals on beam last year.”

The recruiting of Reighard and his staff has been stellar in the last few years aided by CMU’s MAC Champions and national qualifiers.

The Chippewas will have another veteran team for the 2016 season, with championship experience.

Taylor Bolender, floor specialist who hit a 9.925 in her sophomore season and a 9.9 at the MAC Championship will be a player to watch.

Kirsten Petzold, competed in every meet on vault and floor and was an anchor for CMU in the vault with a high score of 9.925.

Karlee Teet, known for her bars routine made a name for herself this season with her vaulting consistency, scoring a 9.85 or better in her last five meets including the MAC Championship and the NCAA Regional Championship.

“Overall, (it was) not the outcome we wanted but we still had a great season,” said senior Tori Garcia. “I’m proud of all the girls and everything we accomplished this season. I know next year and years to come we are going to look really strong.” 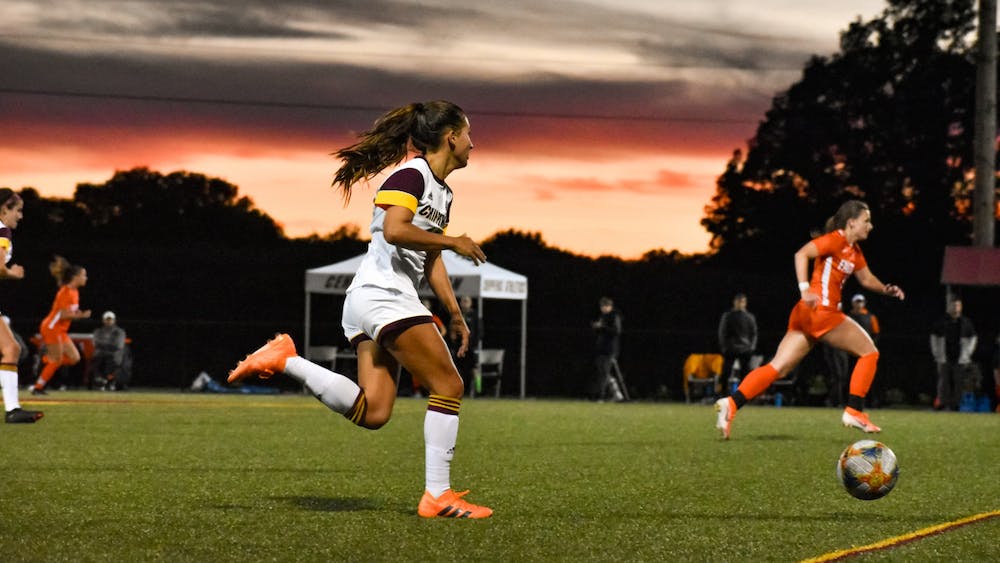 By Ashley Birkeness | 11 hours ago