Theories about extraterrestrial life are the central theme of a book published in September by Communication and Dramatic Arts faculty member Joe Packer.

In his book, "Alien Life and Human Purpose: A Rhetorical Examination through History," Packer examines arguments from popular historical figures that connect their opinions on the absence of alien life or unity toward their logical, religious and ethical views. 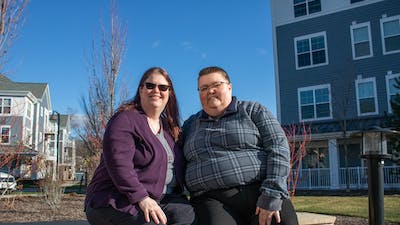 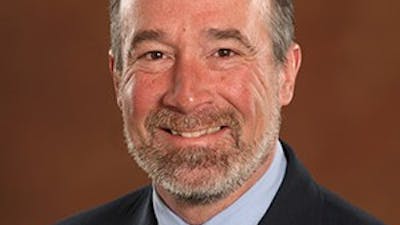 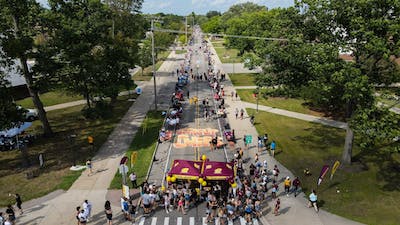 When did you first become fascinated with aliens?

PACKER:  When I was a little kid. My mom told me aliens built the pyramids. She was always interested in aliens and it got me interested in them too.

What would you say to someone who doesn't believe in aliens?

It is very possible. I do think aliens probably exist, somewhere.

Do you think any planets out there harbor alien life?

Yes, there is a book written called "Probably One." (The author) makes an argument that space is so big, that mathematically speaking there’s basically a 100 percent chance (aliens exist).

I don’t know if I agree with the 100 percent chance, but I do agree that the universe is so big, it's very likely alien life exists somewhere else.

Now, are they like us? Intelligent and capable of using technology? Probably not. Alien life probably does exist somewhere. Maybe even alien life in our solar system. Some people suggest one of Saturn’s moons potentially has life on it, under a frozen layer of ice has potential water that could have some life.

Do you think aliens will come to Earth?

Personally no, I'm not persuaded that’s the case. I would have to see more evidence. A lot of people see UFOs. We use the framework of our time to interpret it, if we see something that’s unexplained. Now you maybe inclined to say that’s a UFO, if you saw it.

Do you have any favorite sci-fi movies or books that influenced you to think about aliens?

I do have sci-fi movies about aliens. I really like aliens. But I wouldn’t say those were the inspirations. Part of the inspiration was that I coached debate, so we were researching a topic that had to do with alien life. I was doing a lot of research about aliens.

In your spare time do you read scientific journals regarding alien life?

Not as much as I used to. There was a time when I read pretty heavily in research about alien life. There have been a lot of books written on the question.

I talked about some of the science in my book. It isn’t really a scientific book, it's more of an examination on why we care about aliens.

The argument I make is that people who say alien life doesn’t exist usually use that as a starting point to make other arguments.

If we are alone in the universe, it means we are special and we have a special purpose. If there were tons of other planets with alien life, maybe we wouldn’t be so special. That is the way of thinking that existed for thousands of years, which is interesting.