At its September meeting, the board of trustees is expected to review funding for the Chippewa Champions Center project. Vice President of Advancement Robert Martin said he will request $10 million from trustees to fund the project.

The total amount raised from donors is $6.95 million – that's $1.9 million more than was reported to trustees in June.

Martin said he wanted to go into the September Board of Trustees meeting with $20 million ready to go for the project, but he currently has just under $7 million from donors and $5 million from his advancement department. 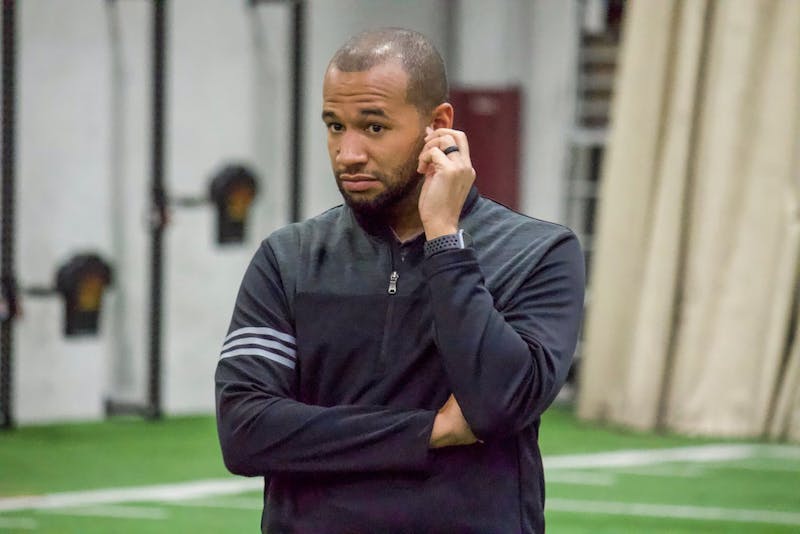 “It will be a focal point for the whole university,” Martin said.

Martin said he wants to go to next month's meeting with $20 million committed to the project. In addition to donations, the advancement department has contributed $5 million to the center.

“I would love to get $10 million from the university to show their support. That is what I will ask for, but I would take more,” Martin said with a chuckle.

Public donors include Michael Franckowiak, a former CMU quarterback of the Division II championship winning team, and the McGuirk family, which the basketball arena is named after.

The Champions Center project was introduced to the Board of Trustees in June. Athletics Director Michael Alford told members of the Finance and Facilities Committee that construction of the Chippewa Champions Center was projected to cost about $32 million and could be completed in 2021.

During the committee presentation, Alford requested $10 million to be paid out over 10 years and a one-time contribution of $5 million from the university's financial reserves.

Alford stressed that the building will be a "revenue source" with several amenities and rental spaces. Boxes and high-level seating will also be added. Still, one member of the committee seemed to support the project but questioned the need to contribute $15 million toward it at this time.

"I generally support the idea. Me, personally, I would like to challenge us first to get some more money," said Trustee Richard Studley. "I know we have some fairly high-profile asks coming, so I would feel a lot more comfortable if we tried talking to some of those potential donors to see if we can push some of that money toward (the project)."

The $32 million projection includes $1.5 million for a new scoreboard, located at the south end of the field. The facility will be located on the north side of Kelly/Shorts Stadium where the scoreboard, locker room and training/equipment room are located.

The football team's current locker room, which was built decades ago, was designed for 70 players. There are 110 players on the fall 2018 roster. The project also includes a nutrition center and rehabilitation center for athletes, as well as a new locker room.

The design includes several meeting spaces, an alumni center, CMU Advancement team offices and a "faculty and staff club" that Martin said will be used to "have drinks, share intellectual knowledge at happy hour."

Roughly one third of the center will be utilized as the alumni center, while the rest will be devoted to the "Chippewa Champions," or student athletes.

"We believe that this facility will help recruit not only the best students across the entire campus while providing a sense of pride for our returning alumni," Alford said. "It's about one CMU. It's hard to put a price tag on it."