A student leans against a bathroom stall inside Mount Pleasant High School and inhales flavored vapor. Not far from where they stand is a poster plastered on the stall warning students of electronic cigarette side-effects. Others are not as timid and smoke from desks situated in the back of a classroom.

Similar accounts were told by multiple MPHS students as they stood outside the school waiting to return home after a day of classes.

While a war is waged between Gov. Gretchen Whitmer’s ban and retailers, Superintendent Jennifer Verleger said Mount Pleasant Public Schools is focused on protecting students from the potential consequences of e-cigarettes with help from the community. 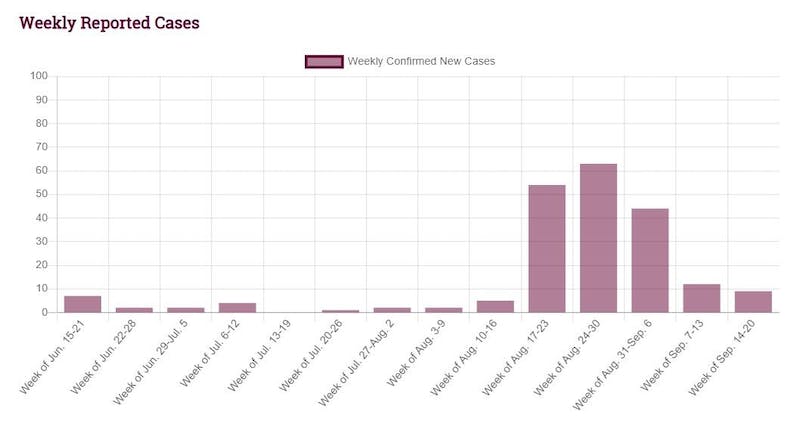 Together, they created a campaign to raise awareness of the “vaping epidemic,” as described by McLaren Director of Marketing and Fund Development Rachel Blizzard. Informational folders were given to parents, teachers and administrators. Posters were placed in hallways and bathrooms.

Deb Hubbell's son attends MPHS. She said she was unaware of the school’s education efforts but has gathered information from state and national news on the subject.

The scariest part of vaping from a school’s perspective is parents and students do not recognize the dangers, Verleger said.

“There is a general perception that vaping isn’t harmful, that it is just liquid that won’t cause any danger," she said.

Possessing or use of a vaping device on MPHS property goes against the school’s code of conduct. Verleger said students caught are subject to a two- to six-day suspension, depending on their disciplinary history. Students are also referred to Ten16 Network, a counseling service that helps students with addiction.

The school has put a texting program in place for those caught with vapes. Verleger said the program sends students tips, advice and ongoing information directly to their phones.

“The first step in beating the youth vaping epidemic is making sure people are aware it is an issue.  The second step is making people aware of health and safety concerns. The third step is educating on ways youth can learn to quit vaping,” Blizzard said.

Blizzard compared the appeal of vaping to that of smoking, saying it is the “cool thing to do.” By offering flavored formulas and unique pens that look like a tube of lipstick or compact mirror, Blizzard said e-cigarette companies took the extra step — an argument similar to that of Whitmer.

“Vaping is bigger than the school thinks. It is an everyday thing,” MPHS junior Charles Pennington said. “You can’t go into the bathroom and not see a vape. Students do it anywhere, depending on how gutsy they are.”

Pennington has seen an effort from the school to stop vaping but said students are not afraid to tear down posters on lockers and in hallways.

Announcements are made almost every day, raising awareness to the “problem,” MPHS sophomore Sophia Lewis said. However, she said many students eventually succumb to peer pressure.

Lewis, who wants to enter the medical field, said she has been made aware of health effects and has abstained from vaping.

As of Sept. 24, there have been 11 fatalities in the United States reportedly linked to vaping.

“We need to fight for the safety and health of our kids and put a stop to this epidemic,” Blizzard said.