It was three days before "The Rocky Horror Picture Show" at Broadway Theatre as cast members were filling prop bags and screaming call outs.

Cast members were adding final touches as their performances were nearing. Showtimes are 8 p.m. and midnight on Oct. 24, 25 and 26 at Broadway Theatre in downtown Mount Pleasant.

For nearly 20 years, Alpha Psi Omega has been producing a student-run production of the "The Rocky Horror Picture Show." Not only has this show contributed largely to the fraternity’s fundraising, but it has also become a well-known event at Central Michigan University and in Mount Pleasant. 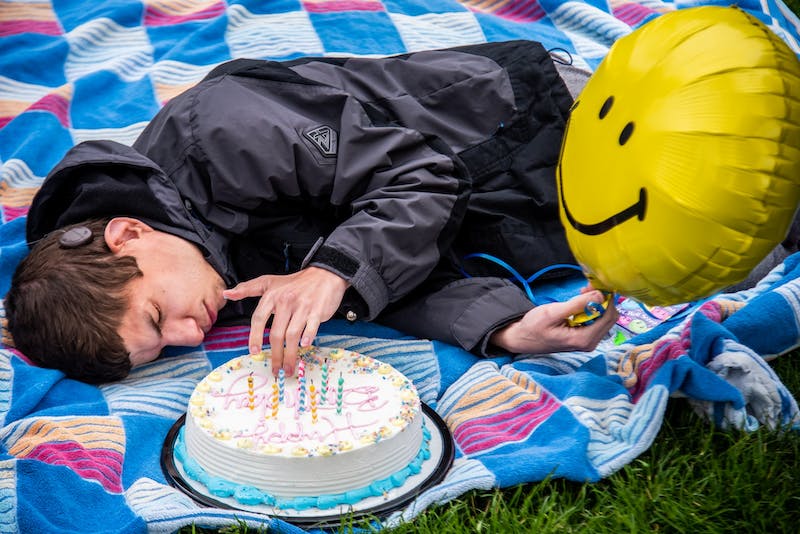 “With this being a pretty small town in terms of what there is to do, this is definitely something that keeps things interesting in Mount Pleasant,” Mount Pleasant junior David Klak said. “It has that community effect because plenty of people who aren’t even CMU students, like people in their 40s who have been going since they were in their 20s, still are going because it’s like a tradition at this point.”

Before showtime at the end of October, APO members spend months planning the shows. Preparation begins during the spring semester when committee heads are elected. Dates and showtimes are selected at the end of May.

The show is revisited in September for casting and rehearsals. Casting typically occurs after other shows and musicals at CMU to avoid any conflict, according to Shelby Township senior Scott Henze, one of the committee heads.

This year there are about 50 cast members. For anyone wanting to perform, a sign-up sheet is provided asking for names and what roles people are interested in. From there, the Alpha Psi Omega Rocky Horror Show committee members delegate roles based on schedules and experience.

Anyone can join the show, regardless of their major or even if they attend CMU. The show sometimes receives residents of Mount Pleasant who sign up to perform.

For Pinckney senior Natalie Pettengill, one of the committee heads, she notices the effect a role can have on a new member of the show.

“We have an accounting major right now and this is the first time he’s involved in Rocky and he’s playing one of our gender-bent Janets,” Pettengill said. “He’s not really an outgoing person, so it’s really great to see the transformation of people who are kind of quiet and as soon as they put on the costume and the makeup they are good to go.”

After the cast is selected, rehearsals begin. The process starts in Moore Hall with individuals learning songs from the movie. Then there are character-specific shows where performers can perfect their role and watch others. Finally, there are rehearsals if performers want additional practice with the movie displaying the entire show.

However, these rehearsals are not mandatory. Cast members of the show are instead required to learn their character’s lines and choreography for their performance, which can be done on the individual’s own time.

Sometimes the idea that these rehearsals are not required can be “nerve-racking” for committee heads, but there are always other performers willing to play a role if necessary, Pettengill said.

The week of the show, dress rehearsals take place leading up to the show’s premiere. Performers change into what they are planning to wear for their performance and practice their roles.

These dress rehearsals not only give individuals a better insight on expectations for the show, but also feedback based on their performance.

“It’s always better in the space because you can’t get quite as good of an idea of how much room you have on stage and where exactly your entrances and exits are until you’re up in the Broadway (Theatre),” Henze said.

Along with preparing for the show, nearly 1,800 prop bags had to be made for the six shows being performed. These prop bags, priced at $1 each, allow audience members to participate in the show.

Each prop bag contains a bag of rice, a piece of toast, a sheet of newspaper, two cards, a plastic glove, and two pieces of toilet paper. The committee used two 50-pound rice bags and 45 loaves of bread to make the prop bags.

When it comes to the performance, the cast is given a certain amount of freedom with their characters. For instance, some costumes are provided and required, but performers may buy additional items for their characters if they choose.

This also applies to choreography. Committee heads give the performers a “skeleton,” meaning there are some requirements in movement, but some choreography can be improvised.

As performers improvise choreography, Phoenix, Arizona junior Darby Johnson reassures performers that the audience is going to be supportive no matter what.

"We tell them 'No one's judging you. No matter what you do, they're going to scream,'" Johnson said. "No one will ever say that that doesn't look right. Just throw yourself into it.'"

Regardless of the amount of freedom a person has with their character, consent is something the production stresses.

For Pettengill, consent is emphasized at almost every rehearsal, especially with the more racy scenes. The idea is to make sure "everyone is onboard" especially since there are people "who have never done this before who might not be comfortable.”

Ultimately, the main goal of the show is to bring individuals together into a safe, fun environment. For Johnson, the show does exactly that.