A new staff position cultivating civic engagement at Central Michigan University was the subject of legislation passed by the Student Government Association at its Feb. 24 meeting.

The resolution, written by Press Secretary Kaitlyn Prebelich, calls for a “university staff position to lead civic engagement work on campus” in the Mary Ellen Brandell Volunteer Center. It was passed by both SGA’s House and Senate, which voted 11-1 with two abstentions.

The position would fulfill many of the roles currently performed by groups like Central Votes, a registered student organization, which seek to drive voter registration, education and turnout. 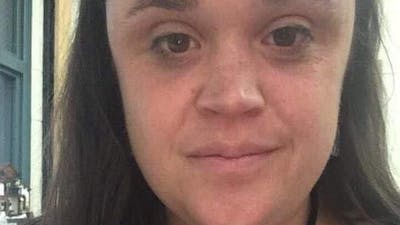 By Leona Falconer | 40 minutes ago

According to data cited in Prebelich’s resolution, the voter turnout rate among CMU students in 2018 was 10.7 percent less than the national average college turnout. In a comparable New York university, a position like the one Prebelich advocates for led to a 308 percent increase in voter registration.

“What we’re doing now, though it’s good faith and volunteers, is obviously not working as well as we want it to,” House Leader Anna Whitwam said.

Prebelich cited a 1998 amendment to the Higher Education Act, which requires public colleges and universities to “make a good faith effort” to distribute voter registration forms to every student. Whitwam said this is currently being done by third parties, such as Central Votes, a registered student organization (RSO).

One of Central Votes’ two co-chairs is retired, Prebelich said, and can’t be expected to do the work in perpetuity. Institutionalizing a position dedicated to civic engagement, in addition to the volunteer efforts already in place, would ensure needs are being met regardless of who is currently willing to devote their free time to it, she said.

“It’s the university's responsibility to ensure that we’re voting,” Prebelich said. “It’s a full-time job. It’s a lot of work, and it is not fair that a university’s putting that on third parties or on volunteers.”

Debate on the resolution in SGA’s House, where members represent RSOs, centered on funding the position when the Volunteer Center is already consolidating its programs, according to some members.

“This is never meant to take away from the Volunteer Center. It’s meant to add that position, add that support and add a little bit of funding as well,” Prebelich said. A position at CMU focused on civic engagement would likely be attractive to donors, she added.

Voting on a resolution written by sustainability committee chair Kalli Walz, which calls for plastic silverware in the Down Under Food Court to be replaced by compostable and metal silverware, was tabled by the House until next week. The resolution passed in the Senate.

The resolution will likely be tabled each week until March 16, when a representative of Campus Dining will visit SGA to answer questions from its House and Senate.

Correction: A previous version of this article said the civic engagement position would be a faculty position. The proposed position is a staff position.