Central Michigan's 2020 football season will go down as the shortest season since the 1918 season when the team played a single game and defeated Traverse City High School 41-6.

A six-game season in the Mid-American Conference amid the coronavirus pandemic will bring a wide variety of challenges including testing and contact tracing before sending the team out to compete. Any mistakes this season could prove to be critical. 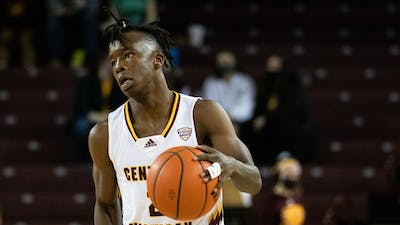 By Ashley Birkeness | 9 hours ago 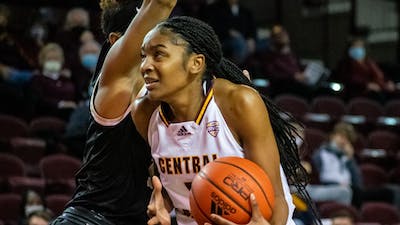 AC: CMU has more experience than the Bobcats and has more talent offensively. Look for the Chippewas to exploit Ohio's youth and inexperience in a big way on opening night. CMU opens the season with a dominant victory.

CB: To open the season, the Chippewas get the Bobcats. Under coach Frank Solich, Ohio has been able to be a consistent contender within the conference. However, the Bobcats don't have the pieces defensively to contend with the Chippewas' arsenal of playmakers. Behind returning star junior wide reciever Kalil Pimpleton, CMU makes a statement on opening night.

AC: NIU did not put up much of a fight in a 48-10 CMU victory last November. NIU put together a couple of strong performances late in the season, but ultimately fell one game short of bowl eligibility. The Huskies were working on a two-quarterback system when they traveled to Kelly/Shorts Stadium last year and it was just short of a disaster. Expect some of the same -- some improvement but still issues -- this year from NIU, especially against senior linebacker Troy Brown and the Chippewa defense.

CB: Offensively, NIU didn't have much of an identity last year. It shifted through quarterbacks and couldn't do much outside of the efforts of running back Tre Harbison. Harbison is gone now, leaving a lot of inexperience in the backfield. The Huskies have a solid 1-2 punch out wide, however the quarterback play is less to be desired. Defensively, the Huskies don't have much either. Senior quarterback David Moore should have a field day.

AC: WMU lost several players to graduation and the NFL -- namely quarterback Jon Wassink and running back Levante Bellamy. That said, wide receiver Skyy Moore returns after a breakout season in 2019. Fellow wide receiver and cornerback D'Wayne Eskridge returns after suffering a season-ending clavicle injury against Syracuse in Week 4. WMU is relatively inexperienced on both sides of the ball, whereas CMU has experience. CMU's offensive prowess this year will be too much for the Broncos' young defense and CMU wins the Victory Cannon.

CB: Any time a team loses its starting quarterback and running back, especially when they've been consistent contributors for four years, there is an adjustment period. WMU has done a decent job of allowing Kaleb Eleby to get game reps at times, however it will take time for him to be as potent as Wassink was for so long. Given that CMU's front four will be stronger than it was a season ago, expect tough sledding for WMU on the ground. Eskridge and Moore will cause trouble out wide and the WMU defense will be stout. The Chippewas just have too many playmakers, however.

AC: Quarterback Preston Hutchinson played in eight games last year with one start -- the Hail Mary miracle win over WMU -- and saw moderate success. He has some experience, but he may have some growing pains as the probable starter for the Eagles following Mike Glass III graduating last year. Look for the Chippewa experienced defense to cause problems for the young Eagle offense.

CB: The Chippewas made quick work of the Eagles at home last year. EMU had a hard time getting to the quarterback and there's no evidence to show that it will be any easier for the Eagles this time around. Preston Hutchinson does have a solid receiver duo to work with, but the Chippewas have an equally potent secondary duo in Brian Edwards and Richard Bowens III. With little to fear in the run game, the Chippewas can sit back and force Hutchinson to beat them with his arm.

AC: Last year's miracle win led by former quarterback Tommy Lazzaro will go down as the forth quarter that won the MAC West Division. Lazzaro led the Chippewas back from a double-digit deficit to score a monumental victory with a pair of rushing touchdowns -- including the game-tying score with 1:01 to play. Ball State had a relatively potent offense last season but is no match for what the Chippewa offense expects to be this season.

CB: Ball State is a dark-horse candidate for the MAC West title. The Cardinals bring back their starting quarterback in Drew Plitt and top rusher in Caleb Huntley. The two of them spearheaded a surprisingly potent offensive attack that pushed the Chippewas to the brink last year before the miracle comeback. CMU will need strong play from their linebackers to stop the run, and it helps to have a star like Brown. Offensively, the Chippewas' plethora of weapons again wins out.

AC: This is the one many Chippewa fans should keep their eye on. Toledo has been a thorn -- more like a sword -- in CMU's side for the last decade. Last season, the Chippewas finally got their first win over Toledo in 10 years. Literally. A decade. The Rockets struggled down the stretch with losses to NIU and Buffalo before taking a 49-7 loss on the chin in Mount Pleasant. Look for UT to come out against the Chippewas angry from the beatdown it suffered last year, the Rockets -- especially in the Glass Bowl -- are always tenacious.

CB: This game may be the one that the Chippewas benefit most from the lack of fans. The Glass Bowl in Toledo is always a raucous environment, yet that won't be the case this season. Both sides have plenty of playmakers in the passing and run game. This one should be a fun 60 minutes. In this case, the Chippewas simply have too many weapons. The triple threat of Pimpleton, senior wide receiver JaCorey Sullivan and junior running back Kobe Lewis are too much for the Rocket defense that struggled in coverage last year. CMU in a thriller.

AC: CMU's balance on both sides of the ball and the run-pass balance on offense will carry the team to a 5-1 record, a second-consecutive berth in the MAC championship game and a potential bowl game.

CB: With so many options to choose from offensively, the Chippewas will be hard to stop. Pimpleton and Sullivan are arguably the top two receivers the MAC has to offer, and Lewis is one of the best backs. The defensive line will be in good hands with returners like seniors Robi Stuart and Mo Diallo. McElwain is the best coach in the MAC, and for that reason he will win the close games. Anything less than a MAC title this year should be considered underwhelming.