After Central Michigan walked off the field with a loss to Western Michigan last season, Jim McElwain said he let a lot of people down. He took the blame and said that the Broncos "took it to us and beat in every phase of the game."

Now, he has his chance to flip the script.

Amidst all the circumstances that have affected the 2020 college football season, CMU will take on arch rival Western Michigan in a battle of unbeatens with the winner taking home the Victory Cannon. 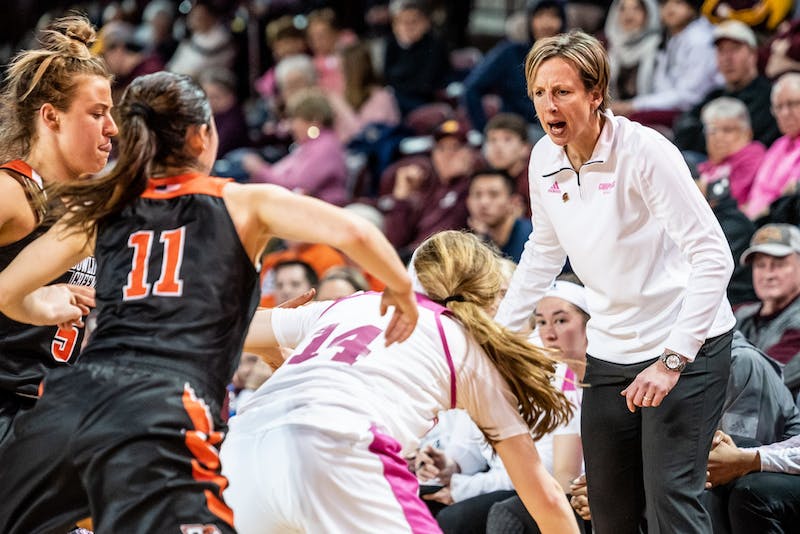 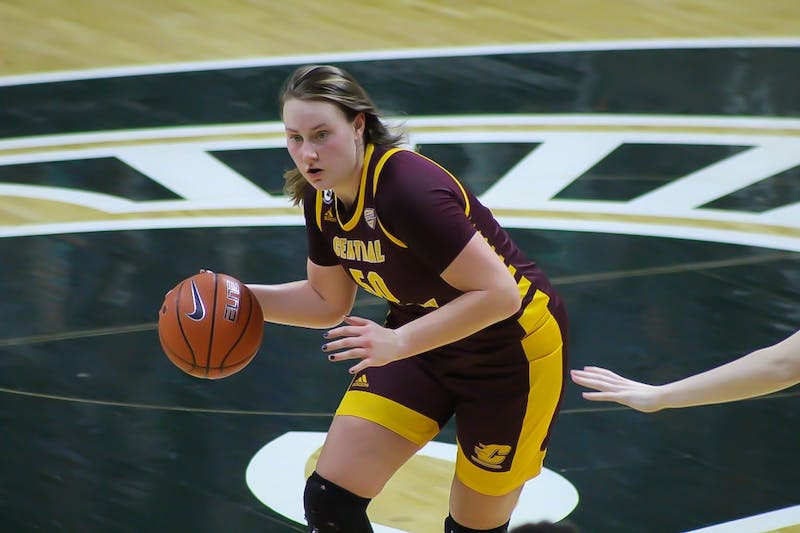 Why CMU is counting on resurgence from slumping Kyra Bussell

The winner will also control its own destiny as the only remaining unbeaten team in the Mid-American Conference's West Division.

"It is a big game to so many," McElwain said. "Not only the teams, and I think sometimes rivalries even become bigger with the fan bases. And yet, it's all gonna come down to which of the two teams comes out and plays well."

The Broncos have won each of the past two and seven of the last 10 matchups. Last season, coach Tim Lester and his team dominated the Chippewas, who struggled with self-inflicted errors such as offsides penalties.

With more than a year to reflect, McElwain has turned the struggles and errors from last season into his dominating message heading into the biggest game of the season.

"The losses that are hard to take are the ones where you just don't go out and play well," McElwain said. "And that can happen. Good teams can make you look bad. But it's the unforced errors, the turnovers, the jumping offsides. The things that you can control as a player and as a team, that's really been the message going forward."

Last season, CMU went on a tear following its loss to WMU and shocked everyone with its run to the MAC championship game. This year, however, both teams are widely regarded as favorites within the West Division.

The similarities between the rival schools are striking.

Each team has broken in a new starting quarterback, both Daniel Richardson and Kaleb Eleby have put forth strong efforts. Additionally, both offenses retain a large group of playmakers on both sides of the ball. Where CMU features wide receivers Kalil Pimpleton, JaCorey Sullivan and Dallas Dixon, WMU answers with D'Wayne Eskridge, Skyy Moore and Jaylen Hall.

"It's gonna be a heck of a challenge for the whole team," McElwain said.

Senior Alonzo McCoy, who is looking for his second win in the rivalry, felt confident speaking with reporters Monday. As a freshman, he watched the 2017 Chippewas led by Shane Morris and Jonathan Ward knock off the Broncos at Waldo Stadium.

Now, as a senior, he believes winning this game is the key to unlocking the Chippewas' title hopes. The Chippewas come into the game with the MAC's top defense in both yards and points allowed, so there is confidence within the unit.

McCoy and company will certainly have their hands full with a Bronco offense that ranks first in the country in points scored.

But the challenges are what the players sign up for.

"What a great opportunity to challenge yourself," McElwain said. "That's really what being a player is all about, accepting the challenge and doing the best you can."

CMU's cornerbacks are quickly becoming a topic of conversation. After struggling in week one, juniors Brian Edwards and Dishon McNary rebounded with solid performances. Fellow junior Richard Bowens had a tougher time against the Huskies from the slot corner position, as he was beat up the sideline multiple times early in the NIU game.

This week, they will have their hands full.

Moore and Eskridge are each among the conference's best at the position, while Hall is as good of a complimentary receiver as there is. With Eleby possessing good arm strength from the quarterback position, expect the Broncos to stretch the field vertically on numerous occasions.

How the Chippewa defense responds will determine the outcome.

By Makayla Coffee | 14 hours ago