The Central Michigan University Police Department is facing a 14 percent budget reduction from the previous fiscal year. This cut has resulted in the elimination of three positions within the department, which make up 9 percent of CMUPD's full-time staff.

By Makayla Coffee | 16 hours ago 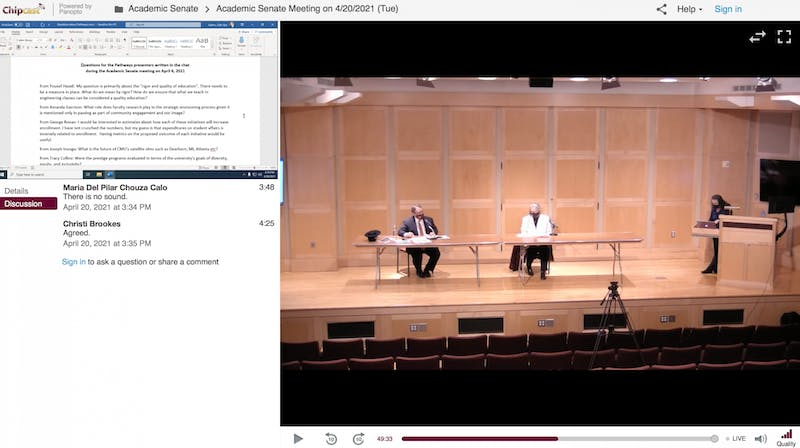 By Brendan Wiesner | 18 hours ago 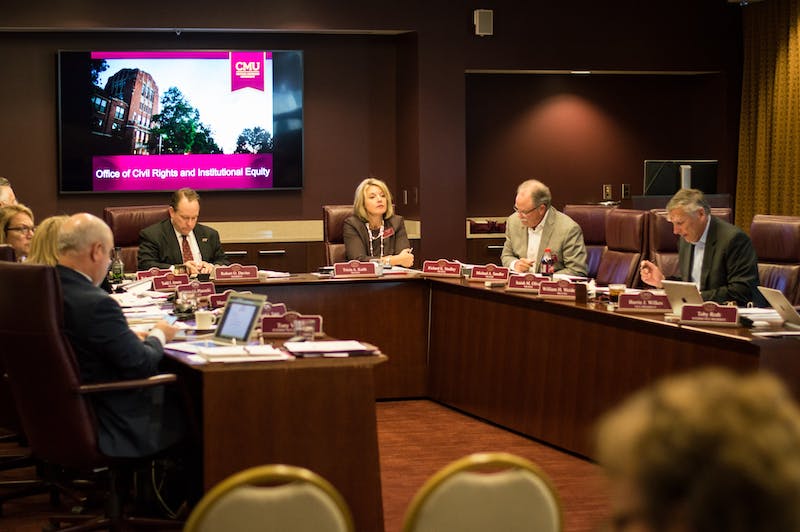 Board of Trustees to reflect on a year of COVID-19

“Every employee adds their own value," Sienkiewicz said. "I would say that all of the work had to be absorbed by others, so there’s a lot of work to do. With less staffing, we all have to fill in more."

A dispatcher and police officer resigned before COVID-19 hit. Instead of hiring new employees, CMUPD has cut those jobs. A police captain was laid off due to the budget decrease.

With respect to the impact of reducing employee positions, Sienkiewicz said a good example of remaining staff taking on additional work is police dispatching.

"We run a 24-hour, 7-day week, 365-day year operation with five employees," Sienkiewicz said. "That’s really hard to do, so yeah we feel that. A lot of people are putting in more hours. When anybody takes time off, there’s more need for overtime."

He cited changes to the Clery Act which require more reporting and documentation, as well as increasing demands in emergency management due to COVID-19, mental health response, cross-agency collaboration and data collection.

Sienkiewicz said he doesn't think the public will notice much change within the department, accounting for fewer football games and overall events on campus.

"I think we're able to still accomplish our goal with keeping a safe campus," Sienkiewicz said, "But (the budget cuts) add more work to everybody’s load."

CMUPD divides its budget between personnel and equipment, with approximately 95 percent going to the staff.

Last year, CMUPD expected to receive approximately $3 million from the university. Because Parking Services works in tandem with CMUPD and generates more revenue than expenses, $2 million of Parking Services' profit is transferred to police operations. This means that the net cost of funding CMUPD usually comes out to $1 million.

CMUPD's funding is also supplemented by a portion of the $225 student services fee, which was implemented in the 2018-19 academic year. This fee, paid each semester by enrolled students, funds academic advising, counseling services and CMUPD, among other services.

According to Joe Garrison, executive director of Financial Planning and Budgets, every area and division in the university experienced budget reductions. Garrison said departments create plans for how they can operate under different potential budget reductions, weighing their priorities and what can take more cuts.

"These are very tough decisions. Eliminating positions is very difficult," Garrison said. "It was felt across campus. Some departments felt it more than others. Some departments largely only have staff, they don't have a lot of other dollars, so when 60 percent of the budget is people. It's hard to make (budget cuts) and not impact people."

Sienkiewicz said he's hopeful there will not be further funding reductions and that CMUPD will be able to add a dispatcher position soon.

"(The future budget) is a big question mark," Sienkiewicz said. "We just hope to maintain what we've got and just do our best to adapt (moving forward)."