The Office of Multicultural Academic Student Services hosted a virtual discussion Feb. 17. The event was facilitated by James Span Jr., the department’s director.

Span began the discussion by showing photos of himself as a 10-year-old, preaching his first sermon. Using his experience as a fourth-generation minister of his family, Span shared his knowledge about the historical presence of religion in the Black family.

"The role of religion in the Black family is to be a pillar," Span began. 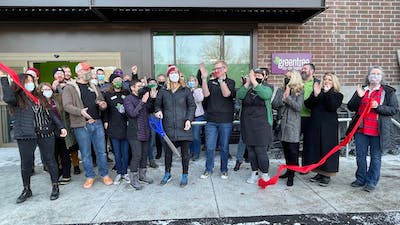 By Brendan Wiesner | 16 hours ago 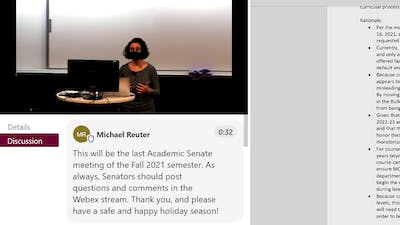 As the discussion addressed slavery, Jim Crow laws, and the civil rights movement, Span emphasizes that faith was a constant identity that Black people could have control over. Sophomore Aubre Thomas has a religious background, similar to Span.

"The only way I have been able to track my family back during the brick wall of slavery and Jim Crowe was through the church," Thomas said.

Span finds religion to be a common theme among civil rights icons like Harriet Tubman, Frederick Douglass, and Dr. Martin Luther King Jr. as well. He drove his points home by tying into the Black Lives Matter movement.

After offering responses to student's questions and comments. Span left the room on a hopeful note and the chat flooded with messages of gratitude.

“(Religion) offers a sense of hope that tomorrow’s gonna be a little bit better. Faith in something bigger than myself to know that tomorrow’s going to be a lot better," Span said. "And the love that I have for myself, for people that look like me, and even for people who don't look like me, to be able to change the world so that everything can be better. Not only for me but for all of us."

By Ashley Birkeness | 10 hours ago