LETTER TO THE EDITOR: CMU Administration, why aren’t you helping

This week, at the Academic Senate and the Board of Trustees Student Liaison Committee, I delivered a statement, on behalf of Honors Program students in response to the Honors Program Report.

COLUMN: At CM Life, I found my people and my passion 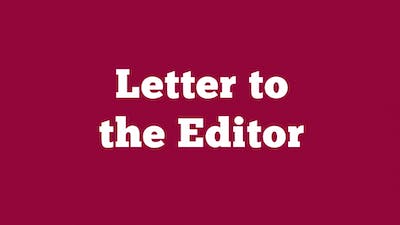 LETTER TO THE EDITOR: Two years of trying to partner, no interest from CMU leadership

The entire CMU community should be concerned about what has taken place in the Honors Program since new leadership took over in June 2020. The question I pose today is, where is the help?

For over a year, grave concerns about Honors Program leadership were made known to senior officers.

The Honors Program Report falsely leads readers to believe that only minor misunderstandings occurred and that all problems have been addressed. Those who have experienced these transgressions firsthand, however, know there is more to the story.

For nearly two years, administrators knew what was happening and did not take action to help the students, faculty, and staff who were pleading for help. In fact, the administration never reached out one time to help.

Today, I call on the Central Michigan University administration to believe our stories, right the wrongdoings that have taken place and take immediate steps to restore our program to what it was.

Where is the help from the President and Provost?

When I posed my questions at the Academic Senate to President Davies on Tuesday, April 19, 2022, Interim Provost Dr. Richard Rothaus said my statement was “awfully fast and awfully long” and was given at an inappropriate forum.

He offered to meet with me in a private setting to explain the report’s findings.

Members of the Academic Senate then called for a public open forum to take place before the end of the semester to address all the questions raised or to consider forming an Academic Senate ad hoc committee to do its own investigation.

President Davies stated that many of the concerns I raised were already addressed in the report, even though hardly any of them were answered, much less included in the report, and provided no further insight.

Where is the help from the Board of Trustees?

Where is the help for the honors students, staff, faculty, and alumni who have been directly impacted by the misconduct of Honors leadership?

On behalf of the Honors students, I am calling upon the university administration to act.