Gaming on a new level: University, students invest in future of esports on campus

CMU looks to the future of esports on campus

Six members of Central Michigan University Gold — the League of Legends Club's most prestigious team — huddle around a laptop in Pearce Hall to review film of a previous competition. The team, which includes several internationally-ranked players, is preparing to face varsity esports teams from universities from around the nation.

Drive-up Mask Give Away to occur May 28

By Courtney Pedersen | 22 hours ago 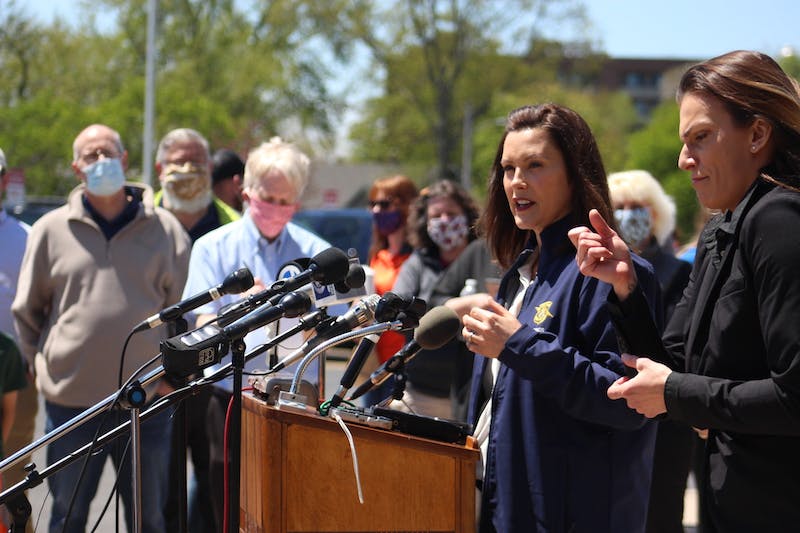 Many of those opponents receive far more support, and have many more resources, than CMU Gold. For instance, the team must compete in tournaments from their homes instead of from their home base in Pearce Hall because it lacks proper network strength, gaming equipment such as high-performance mouses and monitors and other esports essentials.

To say that CMU Gold often competes as the underdogs while players move down enemy lanes to destroy an opponent's Nexus is an understatement.

"It's very easy to (differentiate between) the teams that are supported (by their university) and those that aren't," said Saline senior Drew Giffin, a computer science major.

Esports (short for electronic sports) can be defined as individuals or teams of professional or collegiate gamers competing in video game tournaments. Newzoo, the global leader in esports analytics, estimates esports revenues will reach $1.1 billion in 2019, which is a year-on-year increase of 26.7 percent.

"Everything’s becoming more technologically advanced, and sports will too, eventually,” said Giffin who is the senior adviser to the eSports Club, which includes several teams. “If (CMU) wants to keep up with the other programs, winning big tournaments and getting recognition for it, the only way to get your foot in the door is to (become an official esports university). Especially if you want a program to brag about and don’t want to be playing catch-up.”

CMU has three League of Legends teams organized by top, middle and lower grade players, two Rocket League teams and one Overwatch team. Clubs will be hosting Overwatch, League of Legends and Super Smash Bros. tournaments at "Esports Explosion," from noon to 3 p.m. April 13 in the Bovee University Center Rotunda. The university intends to use the event to publicly recognize its club teams. Those who want to participate in a tournament can sign up here.

"(CMU) created this Esports Explosion to get gamers in the same space," said Damon Brown, director of Student Activities and Involvement.

CMU Gold has competed in national tournaments like Collegiate StarLeague. Giffin said the team wins more matches than it loses and are often serious contenders in tournament playoffs. This fall CMU Gold beat the University of Michigan in League of Legends play.

Giffin, 21, was first introduced to League of Legends by his brother, Adam, in 2011. While visiting his brother at Eastern Michigan University during its version of Siblings Weekend, Giffin played the game but didn't especially like it. After his family moved to Saline in the summer, living in a new community unfamiliar to him, Giffin decided to give the game another try. He said playing the game helped him get through the lonely summer until school started and he was able to make new friends.

The social aspect of gaming is one of the reasons Giffin and others would like to see the esports culture at CMU supported and encouraged to grow. Unfortunately, today members of the teams must compete from their dorm rooms or apartments due to difficulty using on-campus computers and running the risk of disturbing classes near their competition space in Pearce Hall during afternoon tournaments.

That doesn't mean CMU isn't interested in helping esports athletes. Brown has personally spoken with gamers who have used esports to find their connection to CMU.

Brown said the university is exploring student interest in esports and trying to find the right "next step." By offering greater support to its esports teams, CMU would convey the school is invested in what the community of gamers are doing, Giffin said, as he gestured toward his fellow gamers.

“I think students who enjoy gaming should feel more comfortable playing video games and have more of a social life for it,” Giffin said.

CMU Director of esports Tony Morelli said one way the university can support esports is by becoming an "official esports university" and establishing a varsity team. Giffin said investing in esports will make CMU more attractive to prospective students. Having four or five esports teams increases enrollment by 20 to 30 students alone, Morelli said.

“In 10 or 12 years, (children who are) preschoolers now – who know all the Fortnite dances – are going to want to attend a school with a good esports program," Giffin said.

Morelli runs each esports club by himself. He described the community of student gamers on campus as, "friendly and welcoming to new players." Morelli said he wants to see that attitude continue as the university’s exposure to, and understanding of, esports grows. For instance, the President’s Office knew little about the esports clubs until Fall 2018. University administrators and student gamers are now trying to figure out how the university should respond to the national and worldwide rise in esports competition.

“(The administration) didn’t know what was happening here, because we are running everything through our clubs,” Morelli said. “We (were) not running around saying ‘hey, look at us!’”

Morelli envisions the university joining an esports conference, such as the National Association of Collegiate Esports, within the next six months. NACE helps collegiate esports teams legitimize themselves, provides a collaborative network for university administrators and establishes a way for schools to recruit esports athletes to join their teams.

Sponsored by streaming service Twitch and the National Association of Intercollegiate Athletics, NACE already has 109 universities as members. That's 91 percent of all varsity programs in North America, including Alma College, Davenport University, University of Oklahoma and Boise State University.

In an analysis of the potential impact esports could have at a university, NACE lists additional streams of revenue through hosting tournaments, opportunities to generate interest and involvement among alumni and an increase in media coverage.

“Once a university joins NACE, they are regarded as a true varsity program,” said Victoria Horsley, NACE marketing manager. “Institutions under NACE are part of the only major governing body in collegiate esports, so the programs become official varsity programs as recognized by institutions, players, publishers and tournament holders.”

Before CMU can become an official esports university, it must meet certain requirements or show active plans to bring programs in line with the conference’s standards. Morelli said there are three pressing needs at CMU: Space, support and a head coach.

In October 2018, Western Michigan University showcased its new $500,000 esports facility. The space includes seating for up to 190 people and includes 36 gaming machines with high-resolution monitors, headsets, gaming keyboards and mice and ergonomic gaming chairs. Twelve of the machines can be used as competition computers.

CMU's esports team would need a similar facility. The space would include a room for competitions and practice, a room for team meetings and socializing and a room to review film. The three rooms would have mouses, computers and chairs made specifically for gaming.  In Pearce Hall, the esports teams use keyboards designed for class use. The difference in the performance of these necessary tools can mean the difference between winning and losing.

“There is a racing car and then there’s the car you drive everyday,” Giffin said. “Using a casual mouse might work for editing a Word document, but it is not good for fast-paced games."

Members of the esports clubs bring in their own computers to weekly events, Morelli said, and must run wires everywhere. The clubs also have a problem of running only one video game on the computers because of Firewalls, lack of storage space and speed. Giffin believes providing space dedicated to gamers would help rid them of the misconception that people who like to play video games are anti-social and do not like to leave their homes.

“It’s not that they want to be (anti-social), but they do not have a place to be social in,” Giffin said. “Where do you play video games? Your house or your friend’s house. No one really sees you doing that.”

While it is inevitable the university would need to provide new space for its esports varsity teams, administrators are still discussing how much CMU is willing to invest. Morelli and Giffin both said a space would increase awareness of a varsity program and be a factor in recruiting prospective students who may watch CMU teams compete in online tournament streams. Perhaps even more important than a facility or NACE membership, Morelli said, is the university making a public commitment of support promoting esports.

“You can’t just be the computer science guy who has some students who run around and do some things – you have to have support from the university,” Morelli said. “The university has to come out and say ‘We support esports’ — an official statement.”

As the university organizes its varsity program, Morelli said he does not want to switch his focus to just a few teams of three or five players. He wants the "whole pile" of CMU gamers to feel supported. Morelli would love to see the esports program cater to and support local high school and middle school players in the future.

University of Akron launched its varsity program in Fall 2018 and is now offering scholarships for varsity gamers while encouraging all gamers to tryout, according to its esports website.

Like many other universities, Brown said CMU is currently figuring out how to best support its esports teams. Once the university becomes an official esports university, Morelli will become the full-time director of esports and have student coaches leading each team.

“Again, it can’t be the computer science guy who has some time on the weekends,” Morelli said. “(Myself and the esports clubs on campus) are doing that too — trying to figure out where we fit in the whole scheme of things and what we bring to the table."