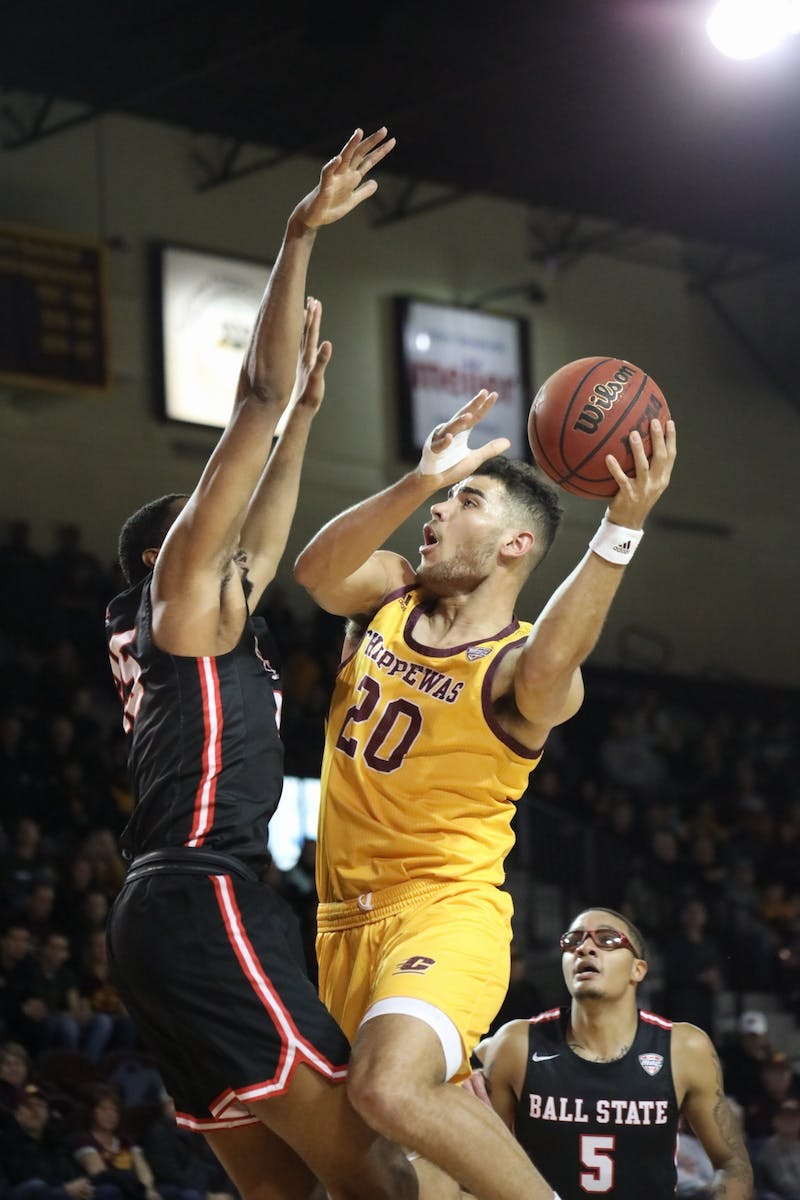 By Christian Booher | 13 hours ago

In one of the biggest turnaround stories in the Division I Football Bowl Subdivision this season, Central Michigan qualified for the conference title game by winning the MAC West Division.

In its first conference title game in a decade, CMU fell to Miami (Ohio), 26-21, at Ford Field.

The loss was the Chippewas' first in the MAC championship game in four appearances.

"I'm proud of the guys," first-year coach Jim McElwain said. "I thought Miami did an outstanding job of taking away things we've been doing all year."

Miami's Maurice Thomas opened the game with a 98-yard kickoff return and was brought down at the CMU 2-yard line.

Two plays later, running back Jaylon Bester was able to punch it into the end zone from 1-yard out.

Central Michigan went three-and-out on its first possession and was forced to punt on each of its first two possessions.

CMU turned the tide with a 17-play, 90-yard drive which took up 7:07 toward the end of the first quarter and beginning of the second.

Senior quarterback Tommy Lazzaro utilized the prolific run-pass option and pump faked a pass to junior tight end Tony Poljan and forced the Miami corner to move toward the tight end and leaving a huge gap for Lazzaro to run for a 21-yard touchdown.

Central Michigan was not able to rattle off explosive plays like it had during the regular season.

"I thought they had a great plan," McElwain said. "How they've played all year was something that has given us troubles all year. They had a good plan and they just beat us, it is what it is."

With 8:44 to play in the fourth quarter, with CMU looking to force a Miami punt or turnover, sophomore linebacker Troy Brown was ejected from the game after being penalized for targeting Miami quarterback Brett Gabbert.

"It is what it is, it's part of football," McElwain said. "Troy Brown is a heck of a football player and I'm glad he's going to be with us for a couple more years. That stuff happens, it's part of the game. They reviewed it and made the call."

With 2:57 remaning in the first half, down 10-7, CMU took over possession at the Miami 46-yard line and needed points to carry the momentum into the locker room.

The Chippewas went on an eight-play, 46-yard drive capped by an 11-yard touchdown pass from Dormady to freshman wide receiver Ty Scott.

After CMU went three-and-out on its first possession of the second half, and Miami turned around and drove over the Chippewa defense. Wide receiver Jack Sorensen capped off the four-play drive with a 31-yard catch and run on a screen pass.

The Chippewa defense turned the momentum twice, once in the second quarter and again in the fourth.

After a fake punt failed in the CMU red zone, Miami looked to quickly score in the second quarter. Later in the fourth, Miami was rolling on a drive to look and make it a two-score game.

On both occasions, the RedHawks were turned away by the CMU defense and forced to settle for field goals from Sam Sloman.

McElwain said the fake punt was in the back pocket and thought the team could execute it when called upon.

"It's one of those things they were overloading onto our wing against our rugby (style)," McElwain said. "We had two punts and had the look we needed. As I told the team coming in, we weren't going to carry anything in and not use it. We had the look and credit (Miami), they defended it well."

In terms of the defense, McElwain credited the unit for having the ability to hold Miami in a tight situation.

Senior linebacker, who led the team with nine tackles, said he was proud of his teammates for the way they battled against the RedHawks.

"I'm extremely proud of our guys in that locker room," Oliver said. "No matter the result, I love them to death. We fought and we've been fighting like this every game this season."

Three field goals from Sloman in the fourth quarter gave Miami the edge late but CMU did not go down without a fight.

CMU then attempted an onside kick but was flagged twice for offsides, and allowed Miami to push its lead to five with under a minute to play.

Central Michigan tried to score on a hail mary pass from senior graduate transfer quarterback Quinten Dormady, but it was knocked down in the end zone to end the game.

Dormady finished the game 26-of-41 passing for 232 yards with a touchdown and an interception. Conversely, Gabbert finished 14-of-27 passing for 196 yards and a score.

Sloman was 4-of-4 kicking field goals and kept the RedHawks in front and ultimately gave them their first win in the MAC title game since 2010.

Sophomore Kalil Pimpleton, who caught six passes for 52 yards, said he, too, was of his teammates for the performance.

"Especially from going 1-11 to the MAC West champ," Pimpleton said. "Couldn't be more proud of the work we put in and the coaching staff getting us where we're at. We're very proud of the progress we've made this far.

"It's tough we couldn't get the big prize, but we'll be back."

Central Michigan will await its postseason fate and will await the announcements of the bowl games on Sunday.