Alumni push for environmental change through Food and Water Watch

Members of the Student Environmental Alliance are not waiting around for the world to change--they're pushing for it.

Tomorrow two Central Michigan University alumni, Traven Michaels and Mariah Urueta, will join hundreds in the march to protest the Detroit and Flint water crisis. Michaels and Urueta, both former SEA members, work for the Food and Water Watch of Michigan.

"The Detroit to Flint water justice journey is made up of a core group of journeyers who will walk from Detroit to Flint," said Michaels, an intern organizer at FWWatch. "We'll be collecting signatures and there will be a water blessing by a group of indigenous people to start the journey." 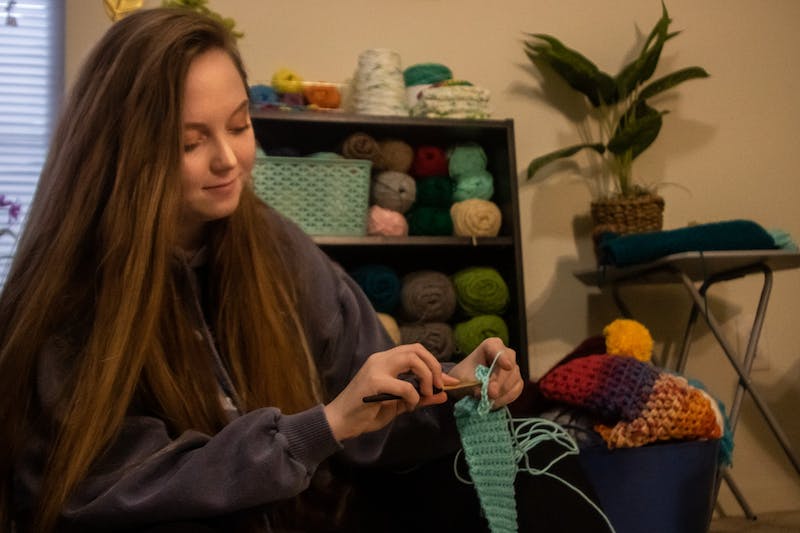 Food and Water Watch is an international nonprofit organization that works to protect basic human rights and resources, such as food and water. Urueta, who started interning at Food and Water Watch her sophomore year, said the group advocates to educate people on environmental issues that will impact them.

"Stopping the Detroit water shut down is just one of the many things we work on," said Urueta, the temporary Michigan organizer. "We also raise awareness about fracking, Pipeline 5, the ET Rover, the Nexus Pipeline, banning GMOs and stopping large factory farming."

The Detroit and Flint Water Crisis

The Detroit water crisis started in 2014 when low income citizens were getting their water shut off by the city because they couldn't afford their water bills.

"The city doesn't care who lives in the house. It doesn't matter to them if there are children, elderly or disabled residents. They come and shut the water off," Michaels said. "Thousands of families are without access to water in Detroit right now. We're trying to make water affordable for them."

Michaels' team at the FWWatch are creating legislation to make water affordable by basing water bills on citizen income.

"There is a bad water crisis in Flint right now having to deal with water safety," Michaels said. "Flint switched to getting water from Flint River instead of getting it from Detroit. Citizens have made personal testimonies about having health issues because the water is toxic."

The Flint Emergency Manager, Jerry Ambrose, has the authority to make decision to switch water sources without the peoples say. Michaels said an emergency manager is appointed by the governor without a democratic process.

"There are a lot of tactics going on to stop the Detroit water shut down," Michaels said. "We have a lot of our people on the ground providing aid and water to families who have been effected. We're prioritizing the elderly, the sick and children. There are also people, not associated with us, revolting against it by turning the water back on illegally and blocking the trucks that come in to shut the water off."

Michaels said there are hearings taking place in Lansing targeting legislators to introduce bills that will stop the shutting down of water and decriminalize turning water back on.

Pipeline 5, the ET Rover and the Nexus Pipeline

Twenty-three million gallons of oil pump through two 62-year-old pipelines just west of the Mackinac Bridge, Urueta said. Pipeline 5, which runs beneath the Straits of Mackinac carrying petroleum from northern Wisconsin to southern Ontario, is a big concern for the FWWatch.

"This pipeline is older than the Mackinaw Bridge and is owned by the company that caused the Kalamazoo oil spill in 2010," Urueta said. "The Great Lakes supply fresh water for over 35 million people and make up 20 percent of the fresh water in the world."

Pipeline 5 is owned by the Canadian oil company, Enbridge. Using data from Enbridge's own reports, the Polaris Institute calculated that 804 spills occurred on Enbridge pipelines between 1999 and 2010.

"We're working to shut this pipeline down," she said. "We're delivering a petition bill to Bill Schuette and Snyder in late August. We're doing a citizen petition and an organization sign on letter. This way we will show the representation of the people and the businesses that fuel our economy."

Delivering the bill won't be Urueta's first encounter with Snyder. In May during a rally in Mackinaw City, Urueta said she and two others marched in and disrupted the governor's speech during the Mackinaw Policy Conference, demanding the state shuts down Pipeline 5.

"The governor created a task force called the Michigan Petroleum Task Force which is supposed to evaluate the pipeline and make recommendations to Enbridge," Urueta said. "That evaluation and those recommendations were supposed to be released in April--where are they? The state is most likely going to recommend to have Enbridge have more oversight over pipeline 5. That's what we're expecting, but oversight isn't enough."

Shutting down Pipeline 5 isn't the only thing on FWWatch's agenda. Urueta said two similar pipelines, the ET Rover and the Nexus Pipeline, are carrying fracked natural gas from Pennsylvania to Ontario.

"The people don't get a say in whether these pipelines can run underneath their homes," Urueta said. "Under the Michigan Compiled Law, if residents have property and land which the state of Michigan believes will benefit the common good they can do whatever the want to it. Homeowners in Michigan are being treated badly by Spectra Energy and we're trying to help them do something about it."

FWWatch is planning citizen meetings where homeowners will share stories of being badly by oil corporations. Former SEA President and senior Vincent Roncelli was the organizer for FWWatch's ant-fracking campaign at CMU.

"I would meet and talk with local and state legislators to get them to sign onto anti-fracking legislation," Roncelli said.

Fracking is the process of drilling down into the earth before a high-pressure water mixture is directed at the rock to release the gas inside. Water, sand and chemicals are injected into the rock at high pressure which allows the gas to flow out to the head of the well.

"The problem with fracking is that natural gas is able to seep out and contaminate underground local aquifers," Roncelli said. "Waste water is then poured into local farms. Generally it's a lot of pollution to get a small amount of natural gas."

FWWatch helped residents effected by the Rover Pipeline are often given a settlement by the oil company, a settlement Urueta said isn't much.

"Usually companies like Enbridge and Spectra are pretty inconsiderate of the people and their land," Urueta said. "They try to not give too much money. They go through the people's lands and completely tear it apart. They're just blatant and disrespectful to the land."

Citizens in Michigan aren't letting the pipelines run through their homes without a fight according to Urueta.

In February, the Detroit Free Press reported a deal with an existing pipeline operator means the ET Rover pipeline will no longer be built in Oakland, Macomb, St. Clair, Genesee, Shiawassee and Lapeer counties.

How to make a change

After two years of partying and taking random classes, Roncelli realized he wasn't making the difference he was hoping for at college.

After his realization the Armanda senior decided he was ready to look for his passion by joining student organizations on campus. The first meeting he went to was a Student Environmental Alliance meeting.

Take Back the Tap, a nationwide campaign headed by FWWatch, works to reduce the use of plastic water bottles on university campuses. Urueta went to her first Take Back the Tap meeting her freshmen year.

"They were looking for someone to run for president and I ran for president," Urueta said. "I had no idea how to organize campaigns but I thought it would be a good time to start."

Urueta credits her involvement as Take Back the Tap president for her wealth of knowledge on environmental issues.

"A lot of those same people at Take Back the Tap were a part of SEA," she said. "They organized the students to go to Power Shift a national student environmental conference. There I learned about the issues of fracking and tartan oil. It was through all of these events, tabling and conferences that I learned to be passionate about environmental issues."

For Michaels, joining SEA and Take Back the Tap was because of the influence of his childhood.

"I grew up in a rural area in Northern Michigan and I loved nature growing up," Michaels said. "I was surrounded by it and grew a deep appreciation for it. I started to realize the dire environmental issues that surrounded me as I got older and decided I was going into environmental science."

Michaels accompanied his friend Blake to his first ever SEA meeting, where Michaels said he met some of the most passionate and kind people he would soon call life-long friends.

"Anyone looking to push for environmental and social change should join a student organization," Michaels said. "There you start developing a passion for something great than yourself. Join clubs just to get educated on issues. Find something you love in terms of the environment and nature and recognize the threats to the things you love. Act on desire to protect those things."