The bad, the alright and the mediocre

Julia Webster made a Tinder account because it was popular in her close circle of friends. On day one she made a match and chatted with him frequently.

Webster’s match described himself as 21 years old, six foot tall and a junior at Central Michigan University — in person he was a 5’5 freshman.

“When I met up with him, he asked me if I wanted to see his switchblade collection. I booked it out of that party so fast,” the Canton sophomore said.

Tinder provides a digital outlet for people in search of romance, companionship and love. The popular social networking app claimed to have an estimated 50 million users in 2015.

The app uses a swiping mechanism to match mutually interested users, in close proximity, together. Swipe right to match and left to pass. 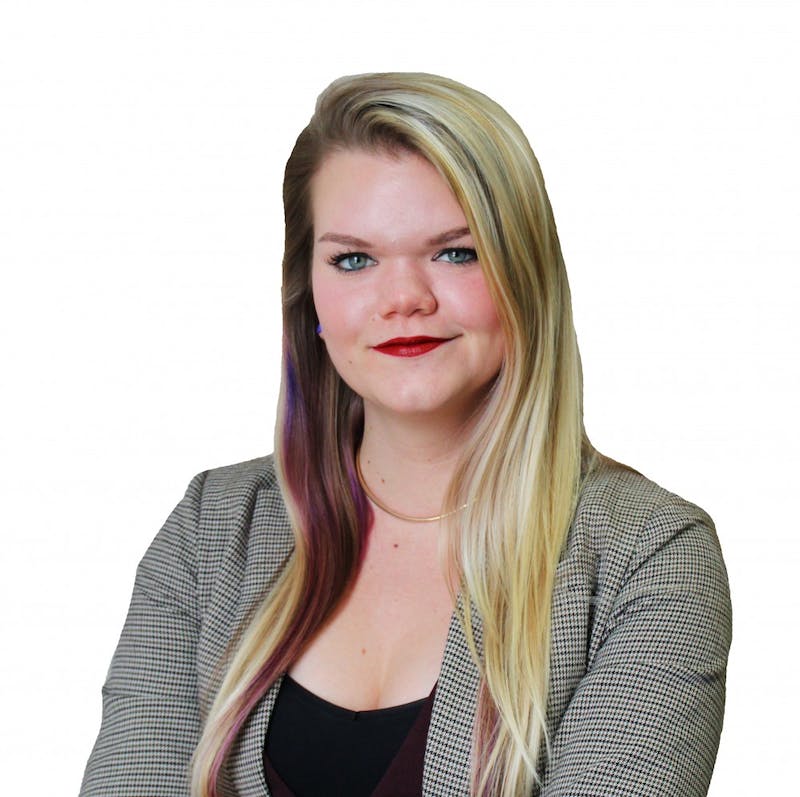 COLUMN: Get the most out of Tinder by learning how to match like a pro

In the new age of dating if you haven't given the popular app, Tinder, a try then you're probably in the minority.

Webster is not the only one to have a disappointing experience on Tinder.

“(It) was the worst thing I could have ever done for myself,” Novi freshman Spencer Betts said, describing his previous experiences with the dating app.

Although the app has attracted a large audience, some students shy from admitting that they partake in it.

“I think there’s some embarrassing stigma with (Tinder),” said Bronson freshman Annika Clemens. “(This is) probably (due to) the whole online, virtual aspect of it. People don’t have to put themselves out there as much. (This) may be looked at as like a last resort to some.”

Katelyn Chace is not a Tinder user. Looking at the app from the outside, the White Lake sophomore has come to the conclusion that it encourages a loveless, hook-up culture often associated with Millennials.

“I think (it caters) to people just wanting to have sex all the time, and the app makes it that much easier to find people around you that want the same, non-committed arrangement that you are looking for as well,” Chace said.

However, Chace has seen some positives in the app. She said many users taking a comedic approach to partaking in the Tinder universe.

"One of my guy friends that is on the app goes through (matches) and will (send) memes (to) girls in their inbox," she said.

Chace also has encountered some of the most "committed, love-filled" relations created through the app.

"I know two people that met on Tinder and they have been in a relationship for eight months now,” she said. “I love both of them and they are honestly perfect for each other."

"Tinder doesn't have to be about hooking up. It's about what you make (out of) it," said. "I matched with a guy one time, and we messaged for less than 10 minutes. Then I saw him at a football game the next weekend. We recognized each other, and watched the game together."

Jordan Gee said a girl he met on the app took their “relationship” a little too fast.

“I knew this girl for two days and she’d try to fight and argue like we were dating,” the Southfield sophomore said. “I’d see her (at the club) and she would get mad when I danced with other girls -- it was ridiculous.”

Bay City native Andrew Mason said he downloaded the app out of curiosity. He said that, “like most others,” he matched with people and never talked to them.

“I got a bunch of matches but only ever messaged one,” the sophomore said. “It wasn’t anything fun or interesting. I guess it didn’t turn out well.”

Bartenders witness pickups, breakups from behind the counter

Davison senior Trevor Thomas is a bouncer at O'Kelly's Sports Bar & Grille, but is sometimes summoned to help out in adjacent Wayside Central.

In spring 2016, Thomas was at Wayside Central when a man was hitting on one of the bartenders and was drunk.