COLUMN: We can't talk about sexual assault without addressing retaliation

This year, I met two women who were drugged at a fraternity house party. They did not report the incident because they were afraid of what might happen if they did.

They took drinks out of the same, single beer they were given while attending a Phi Sigma Phi party. Luckily, they were taken home by their sorority sisters. But the police were never called and they were never taken to the hospital. They didn't even realize they had been drugged until one of their sisters told them what happened that night – nearly a year later. The women said the incident was treated by their sisters in a very nonchalant manner.

It was made clear to them by their sisters that they should not report what had happened that night to anyone.

COLUMN: Good riddance, 2020, but thank you for lessons learned

These women want to share their story because want other women to learn from their experience. They want others to know that if they had come forward, they expected to face retaliation from their fellow Greeks. They were afraid of not only being shunned from their sorority, but alienated and bullied by the Greek men and women they had become close friends with.

Their story needs to be told. It's one of thousands that play out at universities all over the country every year. More than 20 percent of female student victims, ages 18-24 do not report sexual violence because they "have a fear of reprisal," according to the Rape, Abuse & Incest National Network.

I've made friends with a lot of sorority members throughout my time as a student here. I've seen the great things that can come from being in a sorority. I've watched my friends raise thousands of dollars for multiple charities, and receive amazing growth and career opportunities they wouldn't have experienced otherwise.

I've also heard what can only be called horror stories from my friends in sororities about being groped, harassed and even drugged at fraternity parties. No matter how objectively awful and wrong all that is, I know they'll never report these incidents to university administrators or police because they are genuinely terrified of what others in the Greek community might do if they did.

Retaliation is a dark, ugly part of Greek Life. However, it is not only fraternity and sorority members who are at fault. The problem is much bigger than that: The true problem lies in the policy and system that is supposed to protect us.

PSP was kicked off CMU's campus in October 2018. According to the PSP case history provided by the university, their removal was based on 14 incidents from 2015-2018, four of which were sexual assaults and two were drugging women.

Not only did it take six incidents of women being assaulted and drugged by PSP members for the university to intervene, but the case history noted, "In addition to these reports, there are other reports prior to 2015 that are of a similar nature and show a continuing pattern of dangerous behavior."

I read the descriptions of these incidents in the 33 documents obtained by Central Michigan Life about PSP – totaling more than 1,300 pages. Some of the assaults happened as long ago as the early 2000s. Like most of you reading this are probably wondering, I wanted to know how on Earth it was possible something so horrible that the university administrators clearly knew about could continue for so long.

The answer is in the case history: "Over the history of the fraternity at CMU, there were numerous rumors and accusations of sexual assaults, and people being drugged at PSP social events. Nothing came from these accusations and rumors, because no one was ever willing to be a witness/complainant and proceed with filling an official report. It is assumed they were concerned about retaliation from PSP," it states.

However, that poses a much larger problem. If the Office of Civil Rights and Institutional Equity suspect retaliation against the complainant, it is supposed to be investigated.

The policy states Lasher is responsible for overseeing CMU's response to all allegations of sexual misconduct and identifying and addressing any "patterns or systematic problems uncovered during the review of these allegations."

Personally, I believe that a fraternity that is known and accepted by the community as a place where women get drugged and sexually assaulted to be a large systemic problem, so I wanted to know why Lasher hadn't identified and addressed it. And if she did, why was the CMU community not made aware of the danger earlier?

I made multiple attempts to get in contact with University Communications, OCRIE and Lasher with questions I had after reading all of the PSP documents.

One of them was: What is being done by OCRIE to end the culture of fear and retaliation that surrounds sexual assault in our community, especially in Greek Life?

I never received an answer to that, or any of my questions.

For example, Michigan State University's policy specifically prohibits retaliation and retaliatory harassment. It includes that during a retaliation investigation if the Office of Institutional Equity determines retaliation occurred, the person will be subject to disciplinary action up to and including dismissal for students, and termination for employees.

At Grand Valley State University, in addition to reporting an incident or complaint to the Title IX Coordinator, students have the ability to report anonymously through the university's website. All reports are processed and considered equally, regardless of anonymity.

GVSU's policy emphasizes that if the Title IX coordinator determines that a report of prohibited conduct reveals suspected involvement, or a pattern of behavior by a particular student group or organization such as a fraternity, the coordinator may impose any "appropriate protective measures," including education and prevention training for the group. The coordinator may also consult with university officials regarding any appropriate university action to be taken against the student group or organization, including suspension or termination of their status with the university.

Other universities seem to acknowledge there is a culture of fear and retaliation that must be addressed and fought against in order to investigate sexual assault. These policies are a great step toward preventing and ending the toxic behavior retaliation stems from.

Why doesn't CMU understand this?

Not only does the university's sexual misconduct policy say nothing about about taking action against a student group or organization, the policy doesn't even give OCRIE power to investigate a group. OCRIE also does not permit or consider anonymous reports. Additionally, the policy says nothing about what sanctions a student might face if found to have committed retaliation.

The policy as it's written now enables retaliation and allows a culture of sexual assault and fear to thrive on our campus. Reports of sexual misconduct cannot be filed anonymously, but a lot of victims are too afraid of what might happen if they come forward. And even if they do work up the courage to report the incident to OCRIE, the office might not even be able to do anything about it.

Let's say a woman is drugged and groped at a fraternity party. Like the two women I mentioned earlier, she most likely has no idea who exactly drugged her, and she might not even know who assaulted her, but she knows what fraternity house she was at when it happened. Under the policy, that's not enough. If she were to report the incident to OCRIE, she would be told the office cannot make any significant action without specific names of individuals.

CMU: This system is not working anymore. Our society is always changing, so it only makes sense that the policies set in place to protect us change too. CMU's current sexual misconduct policy is not serving to protect its students in every way possible.

Greek Life: I believe that for the most part, you get a bad reputation you don't deserve. I have many friends who are Greek men and women, and I know they are kind-hearted people who are fully aware of the problems in their culture. They, and you, have the power to stand against the very real threat of retaliation. If you don't, you can't hope to stand against sexual assault — the two go hand-in-hand.

I don't want to attend a university where women are sexually assaulted and then shamed and forced into silence by their peers. As a student who is about to graduate, I definitely won't support a university with an administration who knows about the problem and continues to ignore it.

By Makayla Coffee | 15 hours ago 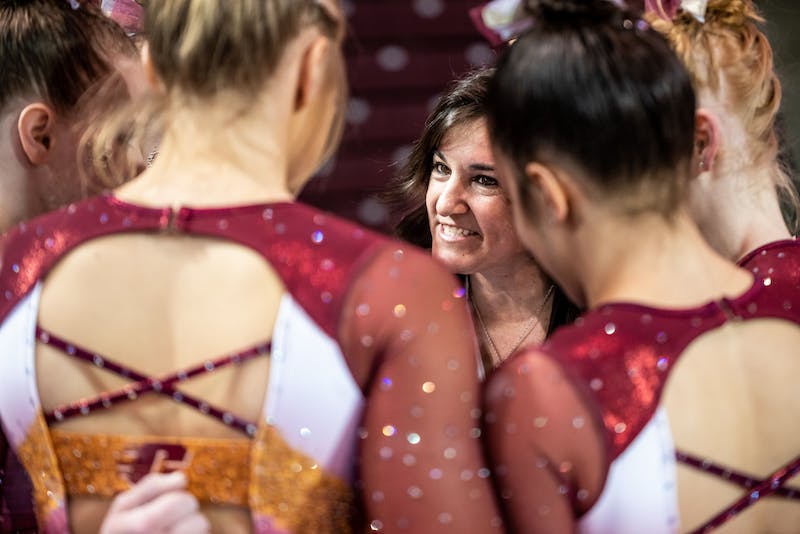