For some students, two weeks in another country might seem like a long time to spend away from home. For Essexville senior Zach Czinder, it was only the beginning.

While some of his classmates were thinking about what it was going to be like to be home again, Czinder was thinking about where he was going next. After his two weeks in Scotland with BIS 342 “Selling on the Green," Czinder headed to London to start a four-week European excursion.

“I was looking for a reason to go (to Europe)," he said. "Once I had that reasoning, I figured I was already over there and I might as well keep going." 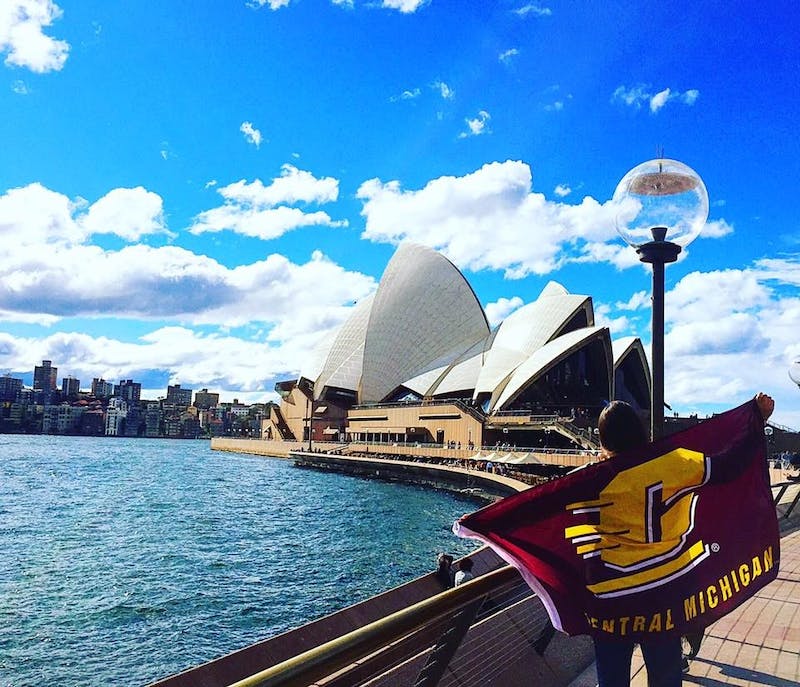 Czinder travelled alone for most of the trip, except for a few days when he met up with some of his family members in Madrid. On each leg of the journey, he’d buy accommodations and arrange transportation to the next city the night before he left.

It made the trip a little more expensive and stressful, but it also allowed a more flexible schedule for the trip, he said.

“I’m a fly-by-the-seat-of-your-pants person,” he said. “I’m glad I did it the way I did, but it definitely adds a little bit of stress. It ended up being a great trip.”

Czinder’s favorite stop on the trip was the Roman Forum, a general meeting place built around the 7th century B.C.E. He highly recommends anyone with an interest in history to check it out for themselves.

“To stand there, look over the entire Forum and imagine what it looked like in its day was a really cool thing to picture,” he said. “It really hits you.”

Along with the Roman Forum, Czinder visited Tower Bridge in London, climbed the Eiffel Tower’s stairs in Paris, toured the Heineken brewery in Amsterdam, saw Michaelangelo’s “David” statue in Florence and went on a gondola ride in Venice.

“I managed to see quite a few things that people have on their bucket list,” he said.

He’s glad he took the trip when he did and he’d recommend study abroad courses to anyone, Czinder said.

“It opens your eyes to so much more than you’ll ever see sitting in a classroom listening to a professor or watching a movie,” he said. “Once you get out of college and get a full time job, it gets really tough to travel like that.”