As the coronavirus pandemic grinds normal life in Michigan to a halt, it seems increasingly clear that the coming weeks and months will be unlike anything ever experienced by most Americans alive today.

For a glimpse of the pandemic through a historian's eyes, Central Michigan Life reached out by email to Dr. Andrew Wehrman, who teaches classes on the early history of America and American medicine at Central Michigan University.

Wehrman's book project, "The Contagion of Liberty," explores how 18th century smallpox epidemics influenced Americans' perception of the relationship between the government and their health. 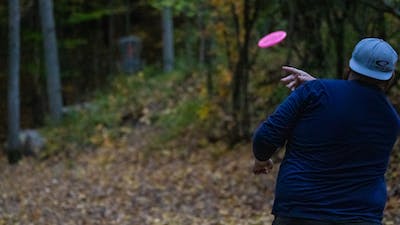 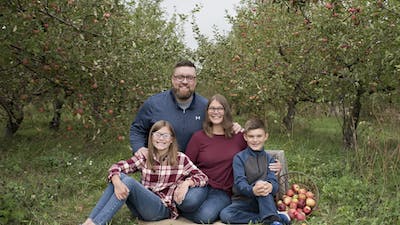 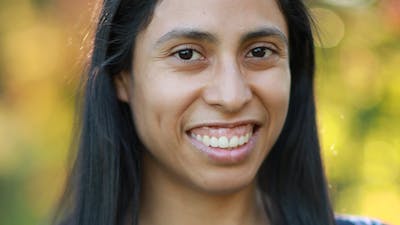 A member of the American Association for the History of Medicine, Wehrman also discussed how early American cities responded to quarantines, the lasting effect the coronavirus protocols could have on our lives and encouraged everyone to stay informed and to practice social distancing.

How is coronavirus notably similar to, or different from, previous American epidemics?

The most concerning thing about COVID-19 is that it is new. None of the 7.8 billion people on the planet had been exposed to it, or had immunity to it, before the recent outbreak.

There has also never been a pandemic with so many people on the planet or one where people can travel as easily as they do today. The scope of the pandemic, and the disease type, has reminded many of the so-called “Spanish Flu” epidemic of 1918. But in 1918, air and car travel had barely begun. The world’s population was just 1.8 billion. The 1918 influenza infected some 500 million people and killed perhaps 50 million.

The ability for a disease to spread, and to spread quickly, has never been higher. That’s the bad news.

In 1918, germ theory was not widely understood. Communication was slower, and now we have the knowledge of 1918 to help guide our policy and actions. You may have seen the chart of the difference between Philadelphia’s and St. Louis' responses to the influenza in 1918. Philadelphia went ahead with its planned Liberty Loan parade in September 1918, bringing 200,000 people together. Weeks later, Philadelphia was one of the hardest hit cities in the United States with some 16,000 deaths. St. Louis canceled its parade and suffered just 700 deaths.

From my research, I think it’s important to note that quarantines were a common part of life in early America. The Founding Fathers all experienced disruptions from disease. Cities shut down, businesses closed and schools closed. Tensions were often high. My work describes protests, debates and riots in communities across the colonies. Early Americans became quite vigilant and, by the standards of their time, quite successful at stopping epidemics. They did it by trusting experts, printing accurate statistics in newspapers, destigmatizing disease, supporting the poor and community vigilance. Colonial Americans demanded accountability from their government and that aid be given to those who needed it and accepted aid when given. History can help us recognize the beginnings of a crisis, but it can also inspire us to know that crises can be stopped and certainly will be endured.

Solving an epidemic requires an all-in public effort. It can’t be on the shoulders of healthcare provides, elected officials or the press alone. It requires the public to overcome its apathy to ensure equal and continuing access to effective prevention, treatment and support for all.

Is there anything you find interesting about the coronavirus, particularly from your perspective as a historian?

Businessmen in early America often opposed broad public health measures that might shut down commerce for long periods of time. I have several of those debates in my book, and that’s certainly something that I’ve been paying attention to in the current crises. Usually health and wealth go together, but in an epidemic they’re at odds. Many of the most explosive events in my book derive from issues of inequality.

In my book, I describe a private hospital in Marblehead, Massachusetts, that offered inoculation for smallpox in 1774. The problem was that the hospital was the most expensive in the colonies. Most people in this fishing town could not afford treatment there. Public debates could not stifle the resentment of the people, and in January 1774 a group of fishermen burned the hospital to the ground – thankfully it had no patients at the time.

I hope there are not similar events in the current crisis, but inequality in healthcare during a crisis can get ugly fast.

What impact could the coronavirus have on the course of history, particularly in America?

Gosh, this is the area where we as historians get uncomfortable. We can’t predict the future.

It is going to have a tremendous impact on many aspects of our lives. I think it is certainly accelerating things like telecommuting. I think it will have profound impacts on higher education as colleges do a massive experiment in remote learning albeit in an extraordinarily stressful time.

What should people know about the pandemic that you don't think most are aware of?

I hope people are being well-informed and are taking a clear-eyed view of the situation. This is nothing to take lightly. I hope people are following social distancing rules. I think one of the bigger things that people generally may not understand is how long this is likely to last. A vaccine is 12-18 months away, and even then, it may take even longer for things to get back to normal.

Social distancing is an effort to slow the spread of disease until a combination of the vaccine and herd immunity (people who have recovered from the disease) can stop the progress of the virus altogether. Getting widespread testing available is also crucial, and we have lost a lot of time there.

Smallpox was readily identifiable. People who had smallpox symptoms were relatively easy to spot and to isolate, but coronavirus is much more difficult since carriers can be asymptomatic or have very light symptoms that may look like allergies, a cold, or flu.

Follow the advice of the experts, folks – stay in, avoid unnecessary associations with others and be ready for a long fight.

By Zach Kortge | 40 minutes ago