The first time Joe Staley wore a Central Michigan uniform, the freshman from Rockford lined up as a tight end and wore number 87. That year, he caught 11 passes for 130 yards and a score.

Fast forward nearly two decades, and Staley is retiring from the NFL after a 13-year career as the San Francisco 49ers' starting left tackle.

He announced his retirement Saturday via Twitter hours after the 49ers acquired Trent Williams in the NFL Draft, another left tackle. Having suffered a broken fibula, a broken finger and a hand injury, Staley is retiring due to health concerns. 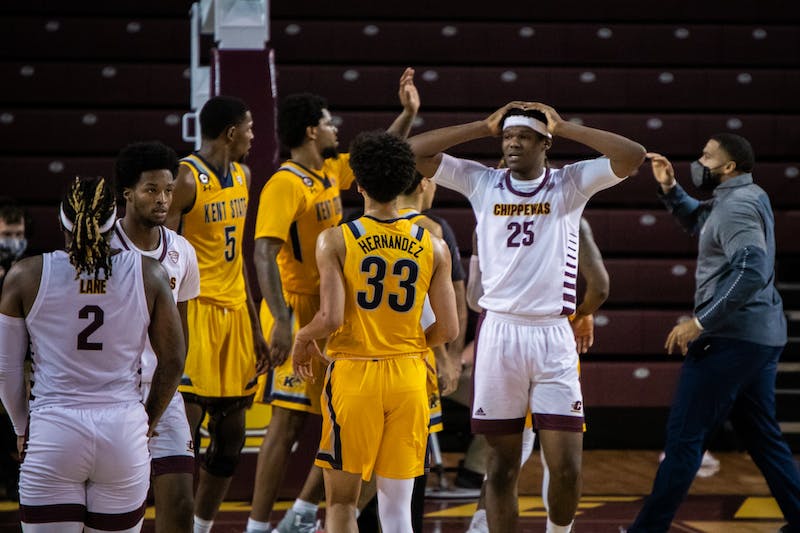 By Mitch Vosburg | 15 hours ago

"Last season was a dream to be a part of, having the opportunity to chase a championship," Staley said in his retirement statement. "But, it was by far the most difficult on me any my family. My body was breaking down with a variety of injuries and a deteriorating neck condition, and the constant discomfort affected every aspect of my life."

Following his freshman campaign, Staley slid inside to left tackle and never looked back. He spent the 2005 and 2006 season paving holes for quarterback Kent Smith and running back Ontario Sneed, who would become a freshman All-American thanks in part to Staley's work up front.

Staley was drafted 28th overall in the 2007 NFL draft by the 49ers, where he would spend the duration of his career. During his career in San Francisco he was a six-time Pro Bowler, three-time second team Associated Press All-Pro and cracked the NFL Top 100 three times.

He started 181 regular season games over the course of his career, starting all 16 during eight of his 13 seasons. Last season, he played in just seven while dealing with the trio of injuries. He did start the 2020 Super Bowl, opposing fellow former Chippewa left tackle Eric Fisher, who started for the Kansas City Chiefs. Fisher's Chiefs defeated Staley's 49ers 31-20.

Staley played in two Super Bowls with the 49ers, falling to the Baltimore Ravens in the 2013 Super Bowl.