On March 3, the State of Michigan passed Public Act 29 to allow certain college and university venues to obtain liquor licenses from the state. The John G. Kulhavi Events Center at Central Michigan University was one of the two locations included in the legislation.

According to CMU's Executive Director of Auxilary Services Cal Seelye, this license will allow for alcohol purchasing in VIP boxes at basketball games and private events held at the Events Center. 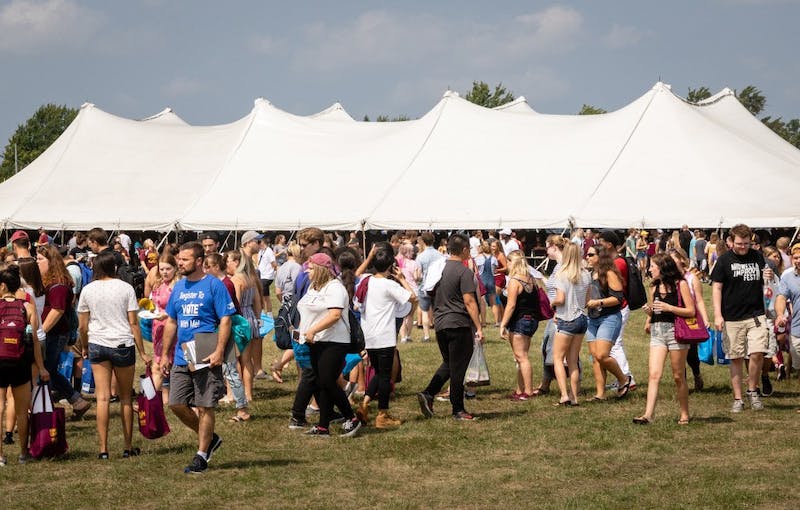 Seelye gave the example of a group renting the Upper Club Lounge of the Event Center during a sporting event and would like to serve alcohol. If the hosts wanted to serve alcohol, they would be the only ones able to purchase alcohol.

Although the legislation had already passed through the state, commissioners needed to vote on a resolution to be sent into the Liquor Control Commission for review.

"The Liquor Control Commission appears to be following the standard process for issuing new licenses under this law," City Manager Nancy Ridley stated in the meeting agenda packet. "We received a request from CMU for the approval of the standard local governmental resolution by City Commission so that it can be submitted as part of the application process."

The group discussed their overall thoughts surrounding the idea of the licensing.

Commissioner Petro Tolas stated that he was against the alcohol licensing. He voted against the motion.

"I really am not in favor of the liquor license at CMU," Tolas said. "It's going to be a nightmare just trying to enforce it. How are you going to enforce it while selling beverages if someone of age buys three or four beers and brings them back and gives them to other people (who are underaged)?"

Seelye responded to Tolas' concerns by reassuring the license would be used for private boxes and events. In addition, he discussed that bartenders working at the events are hired by campus catering and are TIPS alcohol training certified. The TIPS alcohol service training helps prevent drunk driving and underaged drinking.

Mayor Will Joesph mentioned his own experience with the TIPS certification and his trust in CMU as reasons why he would be voting in support of the resolution.

"This was an idea that was constructed by the legislature years ago and a lot of other universities were awarded a liquor license and a lot of them intend to use it in a limited fashion as CMU has presented here," Joesph said. "Through some processes CMU was sort of left out of that in the beginning and I know that CMU has worked with the legislature to try and get that back. I trust CMU."

City Commission meeting can be viewed on the City's YouTube Channel.