"You have a point guard that can be the distributor, he can take you to the hoop or he can dish it off," Frye said. "Then you’ve got a shooting guard that specializes in three pointers and a forward that can post up and then you’ve got a center that can block shots and isolate one-on-one. I kinda look at our receiver room in that kind of way."

The Chippewas' receiver group resembles that in terms of versatility. There are plenty of options, and each brings their own element. 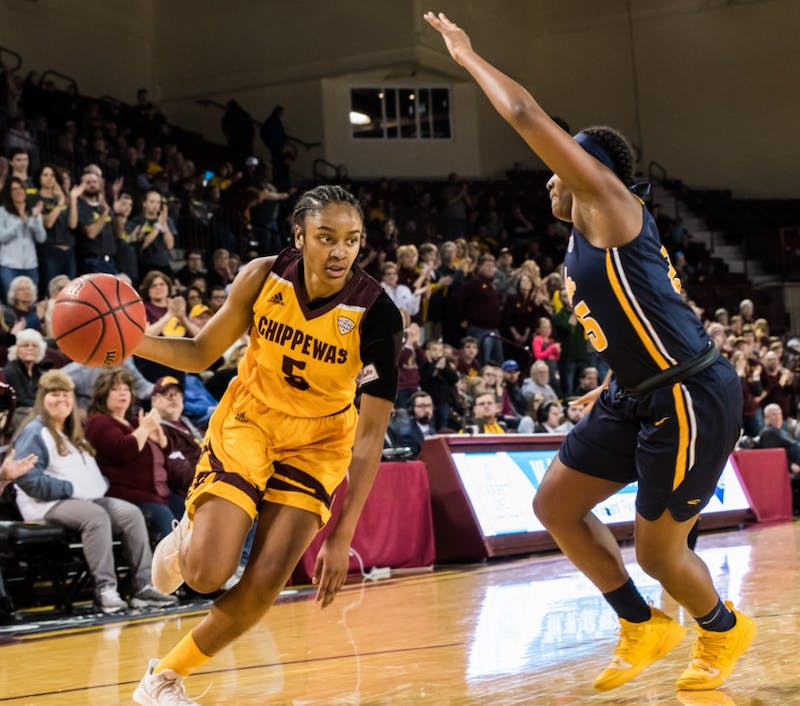 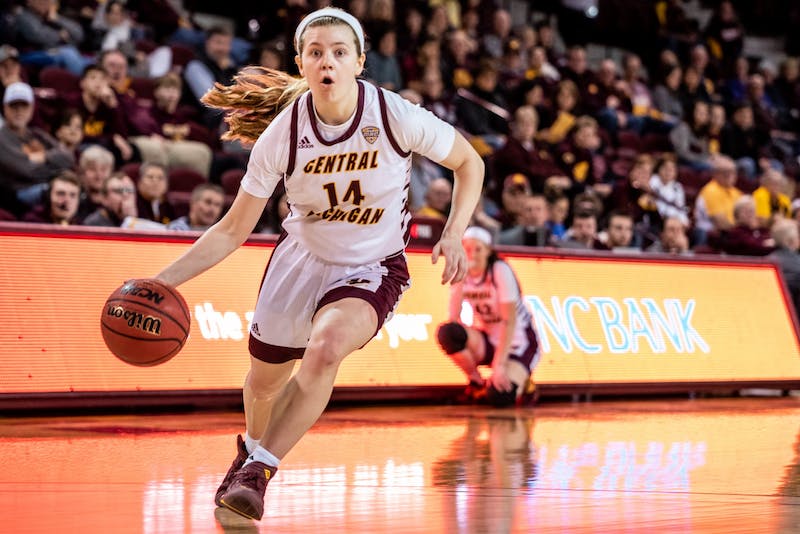 Two of the top Mid-American Conference receivers from 2019 in junior Kalil Pimpleton and senior JaCorey Sullivan return. Tyrone Scott, now a sophomore, also comes back after breaking onto the scene last season.

In Pimpleton, the Chippewas return a speedster who can play all over the field. He lined up in the slot a majority of the time last season but moved around all over the offense. 68 of his 82 catches came within 10 yards of the line of scrimmage last year, according to Pro Football Focus. The emphasis on getting him the ball in space will likely carry over into 2020, where he may take on an even bigger role.

"KP’s kind of like that specialist guy," Frye said. "We’re gonna motion him, we’re gonna line him up in different places, put him in the backfield. We’re gonna do anything and everything with him because he works his ass off in the film room."

With all he proved on the field last season, Pimpleton has become more of a leader off of it this season. Coach Jim McElwain praised the way Pimpleton has pushed his teammates each and every day during practice.

Sullivan returns as the Chippewas' back side receiver. Frye loves to call plays that get the 6-foot-2-inch receiver in one-on-one matchups against smaller defensive backs.

His efforts in those situations have earned him the nickname "War Daddy" from Frye.

"If they’re gonna rotate the boundary safety to the field and a lot of you play one on one, I call him our ‘War Daddy.’ He’s gotta be able to win one-on-one," Frye said.

Scott, on the other hand, was a surprise last season. After a debut that saw him catch a pair of touchdowns against Albany, he went quiet for the majority of the rest of the season. He scored in the Chippewas' season finale as well as the MAC championship game, but there is still a lot left for him to prove.

"(Scott) is growing into his athletic ability and his ability to be a great receiver," Frye said. "It’s just him putting in the work and going out and doing it."

Another name to watch for is Dallas Dixon, a transfer from Northern Michigan. He caught 11 passes as a freshman for the Wildcats and comes to CMU as a junior. Frye mentioned Dixon as one of the players who emerged during the spring.

Though those four have jumped to the forefront of the depth chart, there are still plenty of options available below them. Keonta Nixon and Drayton Law both have experience, and Alec Ward is a speedy freshman who could find his way onto the field as well.

With all of these pieces, the sky is the limit for the Chippewa offense. Opponents in the MAC will be hard pressed to find options to cover all these different options.

Frye summed his feelings up simply:

"I think it’s an elite group of guys."