At Central Michigan University, the semester is already being characterized by petitions, protests, politics and of course, COVID-19.

For freshmen, their first semester is off to an uncertain start as they adapt to the freedom of college in a time of unprecedented restrictions.

Manistee freshman Ryan Biller was always one to go to school. Even when he was sick, he'd carry a box of tissues around until someone told him he was too ill to attend class. 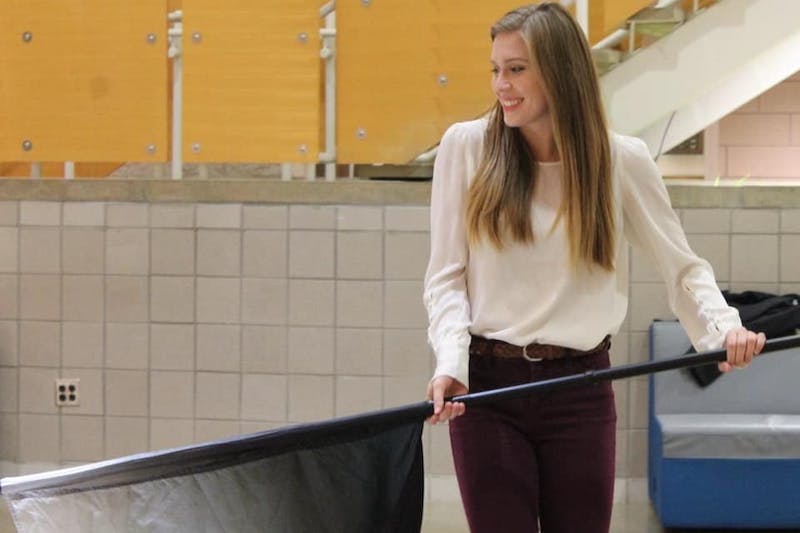 That isn't quite the case anymore. As a music education major, Biller said the online format is not applicable to his classes.

"With Zoom, you can meet online, but you can't really do anything musical with it," Biller said. "There are delays, you can't play together, the sound doesn't work or the microphone is not working. So, then you get fuzzy noise and then the internet doesn't work."

With the threat of CMU reverting online at any moment, Biller said his plan was to attend in-person classes, learn as much as he could as quickly as possible and hope for the best.

"That way, I'll have some grasp of what I need to do now on my own, two hours away from campus with nobody helping me except a computer," he said.

Biller’s involvement in the saxophone studio and marching band has made socializing and making friends easier, but the same isn’t true for all students.

Detroit freshman Iyana Nelson is a first-generation college student. She said adjusting has been complicated - especially when one of the staples of college is socializing.

Nelson said she's mainly met new people through mutual friends, but it hasn't been as easy to get involved on campus.

“(One of my professors) was saying how it's not hard to make friends (in college) and you can just literally walk up to anybody and say, 'hi my name is...,'" she said. "I have not been able to do that, but I don't think I'm comfortable enough to just walk up to somebody and just start introducing myself."

In a time where socializing is potentially dangerous, Nelson shares that sentiment with many others.

Residence halls now operate under a take-out system, and other social hotspots like the residential lounges and Bovee University Center must abide by social distancing rules, limiting opportunities for socializing. Nearly all events are virtual, and registered student organizations mainly meet online.

Social media, Snapchat, GroupMe, sometimes classes and even dating apps are the sources freshmen are turning to this semester to meet people and make friends.

Hartland freshman Adison Perry spent her first couple of weeks on campus hiding in her room.

Perry said she was nervous at first, but has found friends from Tinder and refuge in the outdoors.

“It was strange coming up here and being in my dorm 20 plus hours a day and sitting in one room, going to classes,” Perry said. “Once I got used to (online classes) and worked my social schedule around them, I started going outside with my friends. Now, we sit and listen to lectures together while hammocking, so it gives you a lot of freedom.”

Troy freshman Libby Jackson is an optimist, or at least she tries to be. Despite the changes, Jackson said she had “high hopes” for the semester.

“I was actually the only person I know who thought we would make it through, at least a full semester,” she said. “I was trying to stay positive as much as possible and speak it into existence that we would stay and everyone would do as they’re supposed to with masks and social distancing.”

She said her optimism was more of a “coping mechanism,” but it’s paid off so far.

As CMU enters the second half of the fall semester, Jackson said she's felt relieved. All things considered, she has been happy with her freshman experience.

CMU -- and universities across the nation -- are still in uncharted territory. The results of universities reopening have varied from disastrous to uneasy but stable.

For Biller, Nelson, Perry, Jackson and other freshmen, their experiences have been a test of adaptation and resilience.

"There was so much unknown and no way to get a grasp of what the future was going to hold, nobody could plan for anything," Jackson said. "It was very 'spur of the moment,' but we’re just taking it comes and seeing what happens one step at a time."

By Addy Wachter | 19 hours ago

By Austin Chastain | 1 hour ago