During this election, we saw the biggest electoral turnout in U.S. history. Over 66.7 percent of Americans cast their election for president in 2020 and mail-in voting hit an all-time high.

This election saw access to polls as we have never seen. People were mobilized. They were educated. They were given resources. They voted.

However, new legislation across the nation threatens to undermine access to the polls. According to the Brennan Center for Justice, thirty-three states are considering bills that seek to, "limit mail-in, impose stricter voter ID requirements; slash voter registration opportunities, and enable more aggressive voter roll purges." 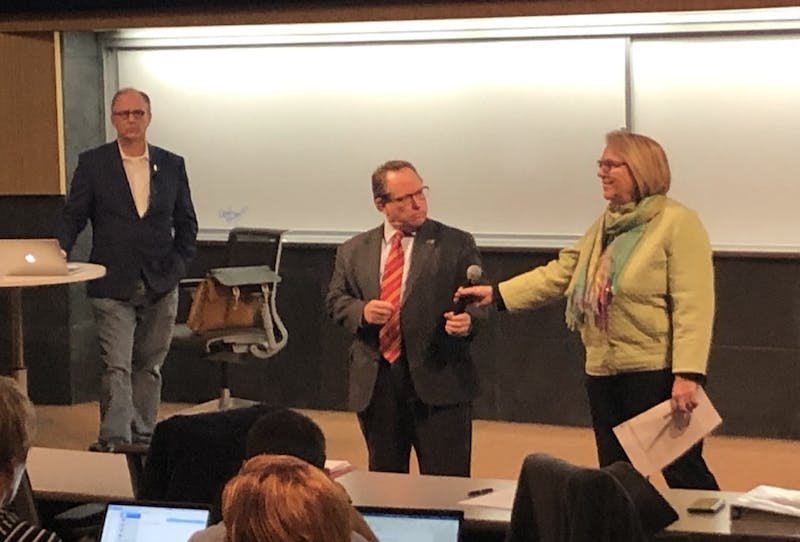 EDITORIAL: Faculty and administration must come together for the good of the university

COLUMN: Where do we go from here? That’s up to you.

The most aggressive bills are seen in Georgia. There, lawmakers are pushing bills that would require a photo ID for absentee voting, eliminate no-excuse absentee voting, and limit early voting hours on weekends.

In Michigan, House Bills 4127 and 4128 would require voters to re-register if they haven’t voted since 2000. If passed this bill would purge over 30,000 Michiganders from voter registration lists. (Voter purging is the process of cleaning up voter rolls by deleting names from the registration list).

So, what can students do?

It starts with education. Students must be aware of current legislation in our local, state, and federal governments. Now more than ever, being engaged is key to ensuring that our elected officials know that our democracy belongs in the hands of the people.

It is also essential that we use our voice to speak out against legislation that attempts to reverse voting rights. At Central, this can mean joining Central Votes, partisan political groups, legislative advocacy groups like Sierra Club or the Organization of Women Leaders.

Or, you can attend Engagement is Central programs at the Volunteer Center.

It can also be simple like writing your representatives or engaging in conversations with your friends and peers.

These are all effective ways to ensure that our democracy stays a democracy--one where everyone has an equal say in our leaders.

Madeline Thomas is a Macomb Junior that’s studying political science with an emphasis on civic engagement and its societal impacts. Thomas has worked legislative internships with State Rep. Sara Cambensy and Christine Greig as well as Sen. Gary Peters. She now works on-campus as a Voter Engagement Student Coordinator.

Ryan Coker is a junior studying political science and international relations. He is a fellow Campus Vote Project, a nonpartisan organization focused on youth engagement in elections on college campuses across the country. In addition, he has served as the President of the RSO, Central Votes since 2019.