He was from Michigan, and she was from Pennsylvania. There was no option to text, FaceTime or direct message each other on social media.

Instead, Central Michigan University English Department faculty member Robert Fanning and his would-be wife spent the next three years writing letters to one another. Fanning said some letters were 10-15 pages long.

“Our relationship is because of letters,” Fanning said. “We still have them all in a box. On our anniversary a few years back, we brought them camping with us and we sat on the beach and read the letters to each other. It was really interesting, hearing our teenage selves speak. It was like we were talking to ourselves.” 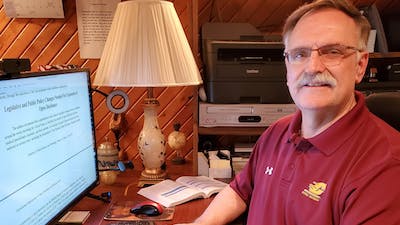 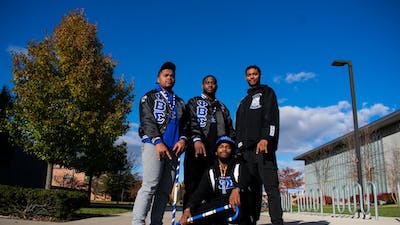 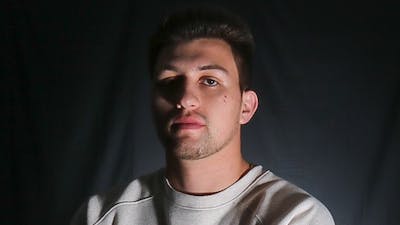 In the age of fast communication, many have abandoned the art of letter writing. Over the past decade, the number of first-class mail items sent through the Postal Service has dropped by more than 50 percent according to statistics provided by the United States Postal Service.

Though many look to their phones as a medium for quick and convenient communication, some still utilize written letters for more personal exchanges.

"I think that [letter writing] is cool for a lot of reasons," Reed City sophomore Olivia Johnson said. "One reason is to support the postal system, which I think is super important. Another reason is that it gives you a keepsake, something you can always have forever."

Johnson started writing letters to keep in touch with her friend in the U.S. Air Force when she left for basic training. Now, she finds letters as a way to more intimately connect with long-distance friends she has made through Discord.

"I like to give [my friends] something they can keep, look back on, read through again and smile," Johnson said. "I got a new phone and forgot to back up my stuff before and all of (the messages were) gone.”

Some students have used letter writing to maintain friendships that have had to remain socially distanced since the beginning of the pandemic.

Middleton freshman Jessalyn Feighner writes to her long-distance friends from summer camp and has written more to her high school friends she hasn’t seen since before COVID-19 health and safety guidelines became the norm.

“I just think most people don't [write letters] anymore...” Feighner said. "It’s kind of old school, and it’s more personal than a text message. It’s nice to hold something physical in your hand, and know that they physically held that in their hand.”

Feighner said she appreciates the thought that goes into planning a well-written letter. She finds it easier to express her emotions on paper rather than through the filter of an email or text.

A May USPS survey found that one in six consumers had sent more mail to family and friends during the pandemic. Fanning said the practice of writing letters is more important than ever.

“A letter provides a visceral connection to that other person,” Fanning said. “They handled the paper, now you’re handling the paper. They touched the pen that spilled the ink, now you’re reading the ink. Letters have smells to them and textures. They are objects that are a pleasure to touch and hold. When you hold a letter, you are basically in a moment of meditation and connection with that other soul.”

Many colleges and universities use pen pal programs to instill value of the written letter for students. At CMU, the Office of LGBTQ Service created the LGBTQ Pen Pal Program last year to offer community during "COVID, an election year and being queer."

In 2018 the CMU Refugee Outreach Collective hosted tables in the Bovee University Center to encourage their peers to write letters to their senators about the Deferred Action for Childhood Arrivals legislation. At the time, they also organized a global pen pal project.

Programs like these not only help revive the lost art of letter writing, but also provide educational benefits.

As technology continues to develop, Fanning acknowledges the importance of slowing down. He references how slower trends of the past, like record players and letter writing, may be working their way back into the mainstream. When we prioritize immediacy, Fanning said, we sacrifice intimacy.

“When your communication life is through a screen, writing a letter seems very archaic and strange,” Fanning said. “The speed and efficiency of sending an email is irreplaceable, but for human beings to have a deeper connection and contact, there’s nothing that can replace the letter as far as intimacy goes.”

By Ashley Birkeness | 9 hours ago