Eight out of 10 respondents to Central Michigan Life's Presidential Assessment Survey do not believe university President Bob Davies is a "builder and a good steward" of the institution’s financial resources.

A survey that assessed Davies' leadership facilitated by CM Life received results nearly opposite to those collected by the university's Board of Trustees.

After the Presidential Assessment Committee presented its findings at the board’s Feb. 17 meeting, CM Life released a survey containing the same questions as the university’s survey. 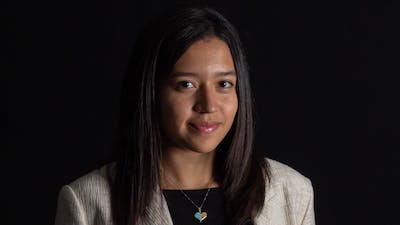 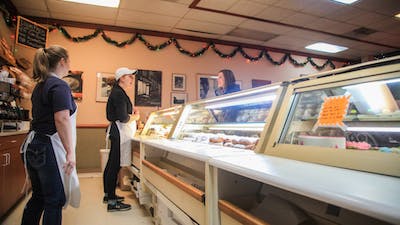 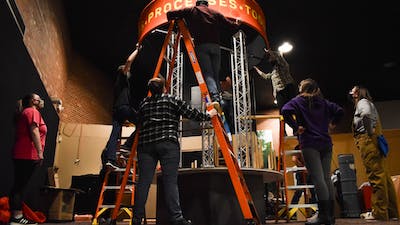 CM Life’s survey was offered via social media Feb. 23 for anyone with an active @cmich.edu email. The goal was to compare the results to those of the university’s effort, which was sent to only a fraction of the campus community.

The Board of Trustees Presidential Assessment Committee, consisting of Chair Richard Studley and trustees Isaiah Oliver and Robert Wardrop, was formed to complete the tri-annual review.

The committee crafted a 25-question survey that touches on different aspects of presidential leadership.

“These individuals were not hand-selected by the board nor the assessment committee; rather, they were chosen based on their membership or participation in groups asked to provide input in the development of the presidential profile used in the 2018 search,” Studley wrote in the Presidential Assessment Committee Report. “To ensure we included the perspectives of a wide range of stakeholders, this group included students, faculty, staff, alumni, local and state leaders, and community members.”

The survey received 193 responses — a response rate of 49.9 percent, according to Studley during the board's December meeting.

Read the Presidential Assessment Committee's findings in the report below:

Studley called the president's performance "outstanding" and "above-average" before awarding Davies a $35,000 annual raise to his base salary along with a one-time $75,000 bonus. The board cited the salaries of other MAC university presidents and identified that Davies was one of the lowest-paid to justify the move.

The board's decision received criticism from student leaders in the form of a letter to the editor published in CM Life Feb. 21.

Following the release of the results, CM Life took the same questions and created a Microsoft Form survey that anyone with an active cmich.edu email could take.

CM Life followed the survey created by the committee word-for-word and kept the answers in the form of the 1-5 Likert Scale. Those who participated could only take the survey once. Names and emails were kept confidential.

The survey facilitated by CM Life was open until March 18. It received 509 responses – more than double the number of responses the Presidential Assessment Committee received.

The results of CM Life's survey were not favorable toward Davies. See the results below:

For example, when CM Life gave anyone with an active CMU email was able to answer the survey question “President Davies is an engaged, inspiring leader with a demonstrated commitment to CMU’s heritage, mission, and core values” 64.6 percent of results were strongly disagree or disagree and 81.3 percent of responses from the CMU facilitated survey were strongly agree or agree.

Only Question 23 had the same highest answer on both sets of results.

“President Davies drives for results, setting high goals for personal and group accomplishment; using measurement methods to monitor progress toward goal attainment; tenaciously working to meet or exceed those goals while deriving satisfaction from the process of goal achievement and continuous improvement,” Question 23 in the survey reads.