Central Michigan University School of Broadcast & Cinematic Arts faculty Patty Williamson wants to shine a light on women struggling to have their voices heard in the world of radio.

Art and design faculty David Stairs wants to showcase people who use their design skills to benefit the common good instead of corporations. 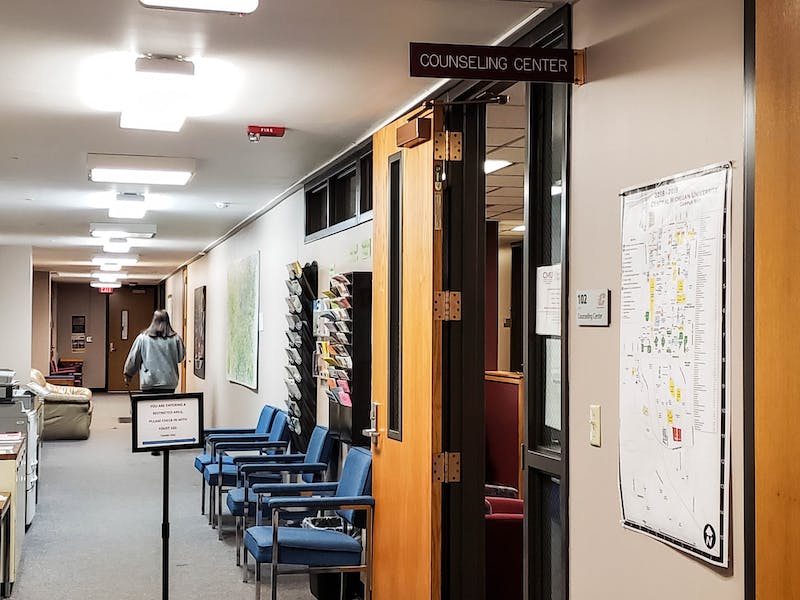 All three of these independent filmmakers’ movies will be shown at this week’s Central Michigan International Film Festival, a five-day showcase of films from all over the world. That may seem like a tough field to stand out in, but these CMU filmmakers did just that.

Tickets for all films are $5 per movie.

Williamson is the co-director and co-producer of a documentary titled “Breaking the Sound Barrier.”

Williamson and fellow School of Broadcast & Cinematic Arts faculty Eric Limarenko conducted two years of interviews with women (and a few men) in all sorts of radio-related positions nationwide in an endeavor to answer one question: Why aren’t there more female voices on air?

While Williamson’s quest didn’t end with an exact answer to that question, it did provide an academically-focused documentary about gender representation in a field she worked in for a decade.

“I think we often don’t even notice (gender disparity) anymore because it’s happened for so long, and I think ('Breaking the Sound Barrier’) helps shine a spotlight on the idea that women need to be heard in equal numbers to men," she said.

Along with being a faculty member and a filmmaker, Williamson is also the film festival’s director, a position which might have ensured her film guaranteed entry. However, Williamson made certain to remove this bias by leaving the selection process up to students.

Williamson’s full-time job as a BCA faculty member did at times get in the way when it came to scheduling and traveling for interviews. However, her position was usually more of a help than a hindrance. In fact, her position training soon-to-be media professionals at CMU inspired her to create her movie.

Stairs was also inspired by his CMU job to write and direct his film, “Digging the Suez Canal with a Teaspoon.”

Stairs interviewed 11 people from disparate worlds such as writing, economy, history and design. His goal was to show people -- art and design students especially -- that there are job opportunities outside of the mainstream.

“I find that my students very often don’t realize that there are alternatives to commercial design,” Stairs said. “They look at me and they say, ‘Well, how can I go to work for a non-profit? I can’t afford to work for free! I need to pay my loans back.’

While Stairs’ documentary seems specialized, he thinks that anyone who enjoys documentaries should be interested in his film about “people using what they know and love best to help other people.”

The Exxodus Pictures film focuses on a nine-year-old boy who, like many young children, is convinced that something evil resides in his basement.

“What’s a little different (about ‘My Soul To Keep’) is it’s probably a more family-friendly horror movie, so you could bring your 12-year-old to see it,” Hynous said. “There’s no blood and guts. It’s more real horror, more psychological horror. We like to say it’s ‘Home Alone’ meets ‘Halloween.’”

Hynous’ CMU connection is really the reason that “My Soul To Keep” ended up at the CMIFF to begin with.

“We were finishing the movie and we wanted to slowly introduce it to festivals just to mainly get a gauge on what audiences might think of it," he said. "As soon as I saw Central Michigan, I knew that was one I had to apply to, just because of the fact that I graduated from there. It just turned out that it was the first festival we got accepted to.”

Hynous thinks that his film is a top notch example of good independent filmmaking, and even those who aren’t interested in making movies will enjoy it.

“If you’re still one of those people that gets a little creeped out going down in your basement or still thinks some nights when you hear a thump that something might be under your bed, this is the movie to check out.”