There were seven reports of sexual assault that occurred on CMU's campus in 2019, according to the Annual Security and Fire Safety Report.

This number has varied throughout the years, but according to the CMU Police Department, it’s always been “within range”  – staying between 5-12 annual reports every year since 2013. 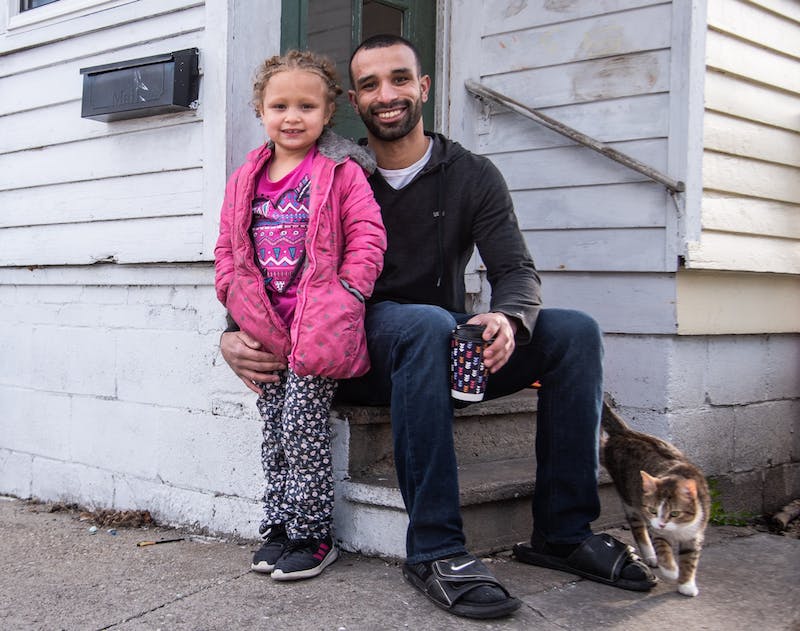 However, CMUPD Lt. Michael Sienkiewicz recognizes the limitations of the report, which outlines the on-campus crime statistics and is required to be annually released under the “Clery Act.”

“I think Clery is a well-intended law, but sometimes it’s just difficult (to have a complete assessment of the crime),” Sienkiewicz said. “(Clery) doesn’t capture the whole picture. It’s intended more for on-campus, but we know CMU plays a big factor in the community.”

In order for a crime to be listed on the Clery report, Sienkiewicz said it must:

How sexual assault is handled at CMU

At CMU, there are three main organizations that respond to sexual assault and violence: CMUPD, OCRIE and Sexual Aggression Peer Advocates (SAPA).

The specific duties differ between departments, but their roles can overlap, especially when referring survivors to different resources and services.

CMUPD’s role is “clearly defined,” according to Sienkiewicz. CMUPD handles sexual assault incidents with investigations that can result in criminal convictions.

OCRIE coordinates and monitors the university's affirmative action/equal opportunity efforts and programs to ensure compliance with state and federal statutes. In regard to sexual assault response, OCRIE also performs sexual misconduct investigations, which can result in disciplinary actions such as student suspension.

SAPA is a confidential, crisis support line that offers help and resources for survivors of sexual aggression. SAPA functions as a volunteer, para-professional student organization under the department of Sexual Aggression Services.

Central Michigan Life sat down with representatives from these three organizations to better understand the scope of sexual assault at CMU.

If it’s not seven, then what is the real number?

No one really knows.

Although sexual violence is sometimes described as an epidemic, sexual assault is often categorized as an underreported crime.

According to the Rape, Abuse & Incest National Network Network (RAINN), among undergraduate college students, approximately 26 percent of women and 7 percent of men experience sexual assault. RAINN published that approximately 80 percent of female victims of sexual violence do not report to law enforcement.

The Clery guidebook lists a range of reasons for non/under-reporting, addressing potential feelings of shame, fear, social isolation, self-blame and mistrust of law enforcement among victims.

SAPA Director Brooke Oliver-Hempenstall said the university isn’t trying to “skirt around” the numbers – there just isn’t an accurate estimate for the rates of sexual assault at CMU.

“We know (sexual assault is) happening,” Oliver-Hempenstall said. “At what rate? I don’t know, but we wouldn’t have services if we didn’t believe it hasn’t ever happened. The issue is not gone.”

Oliver-Hempenstall and OCRIE Director Mary Martinez said they base the need of their resources off of student voices. Martinez said she works directly with organizations like the CMU Student Government Association (SGA) to “find and fill the gaps” in CMU’s services.

“Students are encouraged to speak out – if they see something, (they can) say something or advocate for what is needed,” Martinez said. “If SGA is advocating for additional resources or something comes up, we listen and have that direct connection to say, ‘where might there be a gap and what might be needed?’”

If rates of sexual assault are unknown, how are survivor resources being used?

According to the 2020 Title IX Summary report submitted to the State of Michigan, OCRIE opened 335 files involving complaints under CMU’s Sexual Misconduct Policy in 2019.

Sexual misconduct is defined in the policy as including, but not limited to, dating violence, domestic violence and intimate partner violence, sexual assault, sexual exploitation, sexual harassment and stalking.

SAPA received approximately 200 phone calls in 2019, which ranged from domestic violence, harassment and stalking under the umbrella term of sexual aggression.

Sienkiewicz, Oliver-Hempenstall and Martinez said their respective organizations have all taken steps to make their resources accessible and students feel more comfortable.

For CMUPD, that meant bringing Sexual Assault Nurse Examiner or SANE kits to Mount Pleasant, which in the past required survivors to go to Midland or Lansing. Sienkiewicz said community policing and efforts to bridge the gap between CMUPD and the campus community also play a role in this.

“(With CMUPD's sexual assault response pledge), it’s about breaking down barriers to reporting for survivors, and making sure people understand the way they’ll be treated (with respect) when they come to the police department to report sexual assault,” Sienkiewicz said.

For SAPA and OCRIE, that means playing a role in the orientation process, hosting events and continuing their outreach programs.

“(Sexual assault) is a taboo topic, and it’s sometimes uncomfortable,” Martinez said. “But as a society, if we can try to make the conversation less uncomfortable and less taboo, it could help increase reporting as well.”

With their programming, Martinez and Oliver-Hempenstall hope students will know that they are never alone.

“When they’re ready to discuss or disclose an experience they’ve had – whether it’s seeking resource or support or understanding their reporting options – there is someone who they can  reach out to,” Martinez said. “There’s so many individuals on campus that can help. We’re highly trained and dedicated to meeting survivors where they’re at and when they’re ready.”

To learn how to navigate survivor resources, check out CM Life's guide to support systems at CMU.